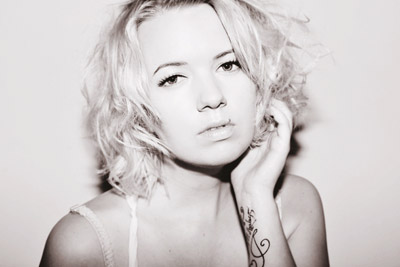 After quickly being snapped up by Birmingham’s LoveRock Records late last year, Joanna has written and recorded six distinctive tracks that will be sure to spark interest within all musical tastes.

The bass trembling single ‘Spiders’ and the soft and sensual sounds of ‘Addicted to You’ are just two of the tracks found on this highly experimental and versatile EP ‘Balloons’.

The EP was produced in an innovative and creative environment in which fire extinguishers and tin cans were used amongst many other unorthodox instruments that add to the unique sounds of Joanna’s music.

Briggs’ voice and vocal style is reminiscent of unique artists such as Imogen Heap, Annie Lennox and Kate Bush.