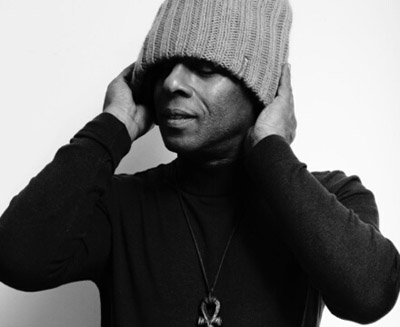 British R&B trio, Loose Ends featuring Carl McIntosh, will be performing at The Jam House Birmingham on Thursday 2nd March 2017. The event is also a chance for a long-awaited reunion between The Jam House’s General Manager, John Bunce, and Loose Ends’ Lead Singer, Carl McIntosh who he last saw over thirty years ago!

Loose Ends became one of the biggest acts in the British urban dance scene with a string of hits throughout the 1980s, having formed at the start of the decade in London. Then formed of Carl McIntosh (vocals, guitar), Jane Eugene (vocals) and Steve Nichol (keyboards), the band debuted with their record, “A Little Spice”. The album was released in 1984, gaining a US release after signing with MCA.

The band found chart success with their second album in 1985 with “So Where Are You?” boasting two hit singles. “Hangin’ On a String” peaked at number 13 in the UK, as well as topping the US. R&B charts, becoming the first British band to do so. “Magic Touch” followed that same year, breaking into the Top 20.

It was around this time that John first met the original band members of Loose Ends. (Eugene and Nichol left the band in the late 80’s with Linda Carriere and Sunay Suleyman brought in as replacements). “I ran a night club in West London (Regals in Uxbridge) back in the mid-eighties and Loose Ends appeared there in their early days. This is the first time I’ll be meeting Carl in thirty years so it’ll be great to catch up! Loose Ends have a great energy on stage so I’m very much looking forward to hearing/seeing some of those brilliant tracks performed live again,” recalls John Bunce, General Manager at The Jam House.

As well as penning “Hangin’ On a String”, Carl McIntosh has also crafted keyboard and guitar chops for the likes of D’Angelo, Beverly Knight, Caron Wheeler, Leon Ware and Pete Rock. He returns to The Jam House along with new band members, Linda Carriere and Sunay Suleyman, this March.
For tickets to see Loose Ends Featuring Carl McIntosh, please visit: