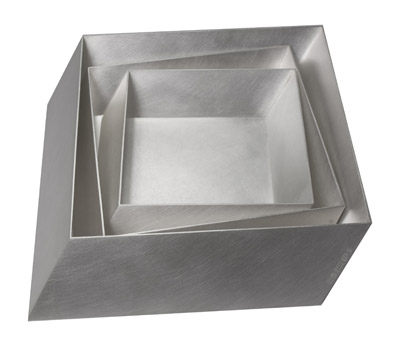 This year Mappin & Webb celebrates its 240th Anniversary. To mark this significant milestone the brand is hosting an exclusive preview of contemporary silver from the prestigious Goldsmiths’ Fair.

In 1775, Mr Jonathan Mappin opened a small silver workshop with the mission to create the most beautifully crafted silverware for English high society.

Throughout the years, Mappin & Webb has become synonymous with excellence, craftsmanship and all things truly British.

The brand holds two royal warrants as Silversmiths to both Her Majesty The Queen and His Royal Highness The Prince of Wales.

This unique retail event marks a new collaboration between Mappin & Webb, the Goldsmiths’ Company and Contemporary British Silversmiths, and offers a unique preview of the designer silversmiths who will present their latest designs at the prestigious Goldsmiths’ Fair this coming September.

Juliette Bigley
Juliette is an award-winning artist-silversmith with work in several permanent collections including the Irish State Collection. She has been identified by the Design Council as one of its ‘Ones to Watch’.

Abigail Brown
Abigail Brown is an artist-silversmith whose work has been exhibited at the V&A Museum, Saatchi Gallery, the Worshipful Company of Goldsmiths and the German Goldsmiths’ House. In 2015 her ‘Isis’ bowl won the ‘Bayerischer Staatspreis’ in Munich.

Rauni Higson
Trained in Finland, Rauni established her studio in 1997 in the mountains of Snowdonia. She has work in the Goldsmiths’ Company Collection and commissions include a Royal wedding gift and a 72-piece canteen of cutlery.

Kathryn Hinton
A graduate of the Royal College of Art in 2008, Kathryn’s work has been exhibited worldwide. Kathryn is also a Fellow of the Bishopsland Educational Trust, South Oxfordshire and an Artist in Residence at Edinburgh College of Art. 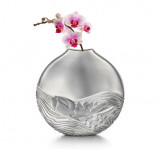 Kyosun Jung
Kyosun completed a BA Hons Silversmithing, Goldsmithing & Jewellery at the University for the Creative Arts in Rochester in 2014, following a degree in Metal Craft and Jewellery from Jangan College, Republic of Korea. She is currently engaged in the workshop of the internationally renowned silversmith Clive Burr, London.

Nan Nan Liu
Having Graduated from Birmingham, Nan Nan spent a year with the Bishopsland Educational Trust, refining her technical skills, before embarking on her Masters degree at the Royal College of Art. Nan Nan Liu won the ‘Podolsky Prize’ in 2009 awarded by the Goldsmiths’ Craft and Design Council to the silversmiths judged to have the greatest potential.

Esther Lord
Esther graduated with an MA in Silversmithing, Jewellery and Related Products from the School of Jewellery, Birmingham Institute of Art and Design. She has won numerous Awards including the ‘Bavarian State Prize’, the ‘Talente Prize for Excellence in Design’ and The Goldsmiths’ Company ‘Precious Metal Bursary Award’. Esther is currently working on a commission for The Goldsmiths’ Company’s Modern Collection.

Alistair McCallum
Educated at the RCA graduating in 1978, Alistair established his first workshop in London in 1979 and has worked as a practicing silversmith ever since. His work is represented in public and private collections.

Samantha Moore
Northern Ireland based contemporary silversmith Samantha graduated in 2009 from a BA (hons) Fine and Applied Art in the University of Ulster. Working under the tutelage of renowned Goldsmith Graham Harron, Samantha has enjoyed success early in her career having work exhibited with the V&A, The Worshipful Company of Goldsmiths and the National Trust.

Elizabeth Peers
Elizabeth is a QEST (Queen Elizabeth Scholarship Trust) scholar and multi-award winning silversmith, receiving the Silver Award for Silversmithing 3D design and commended for Chasing, senior category at Goldsmiths’ Hall. Commissions include a piece for The Worshipful Company of Weavers.

Rebecca de Quin
Rebecca is a London based silversmith with 25 years experience at the bench. She has exhibited worldwide and is represented in museum collections including The Victoria and Albert Museum. Rebecca teaches part-time at the Royal College of Art.

Benjamin James Ryan
Benjamin James Ryan has won numerous awards including the ‘Craftsmanship & Design Awards’ for design, craftsmanship and innovation in technology, the prestigious ‘Young Designer Silversmith of the Year Award’ and the ‘Gil Packard Bursary’ presented by The Worshipful Company of Goldsmiths’, London. His work is on permanent display at the National Museum of Wales.

Mary Ann Simmons
A graduate of the Royal College of Art, Mary Ann is a goldsmith and silversmith with over 25 years experience. She has won many accolades and awards including Liveryman of the Goldsmiths’ Company, Freeman of the City of London and is a Past Chairman of the Contemporary British Silversmiths, awarded the Evening Standard Homes & Property, ‘Best Domestic Product’.