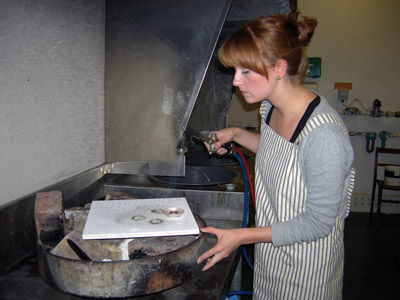 The Birmingham Assay Office remains positive about the long term future of the UK jewellery trade and believes it is more important than ever that the Jewellery industry is equipped with the skills, facilities and resources it needs to exploit every opportunity.

The Bicentenary of Boulton’s death in 2009 is an opportunity to underline the continuing importance of the UK Hallmark and to celebrate the pool of talent which still exists in the Birmingham Jewellery Quarter today.

Matthew Boulton was one of a determined and visionary group of individuals, including James Watt and Josiah Wedgewood, whose inventive entrepreneurialism shaped the industrial history of the nation.

The Birmingham Assay Office is an important part of Boulton’s legacy as its establishment in 1773 prompted the continuing development and growth of the Birmingham Jewellery Quarter. 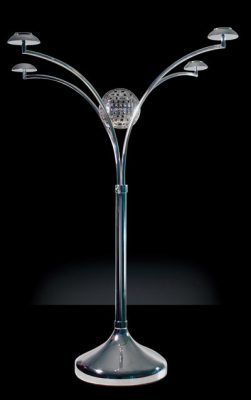 The Bicentenary commission underlines the importance of hallmarking and marks the commitment of The Birmingham Assay Office to support the traditional skills, talent, technical expertise and the innovation which continue to co-exist in the Jewellery Quarter in 2009, making it well equipped to exploit every opportunity during these difficult trading times.

The Birmingham Assay Office has commissioned a piece of silver made by local silversmith Shona Marsh.

Her elegant candelabrum was inspired by Boulton’s designs and techniques and has been made in classic Jewellery Quarter style, with components sourced from specialist casters and polishers, using a range of traditional skills and 21st century technology.

The complex centrepiece has been designed and created using CAD/CAM technology before casting. The Candelabrum is solid evidence of the continued expertise and craftsmanship still on offer in Birmingham.

The official unveiling of this unique piece of silver and a champagne reception, took place at Spring Fair International on 2nd February 2009. 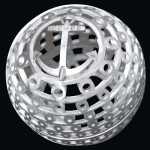 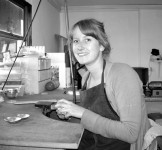