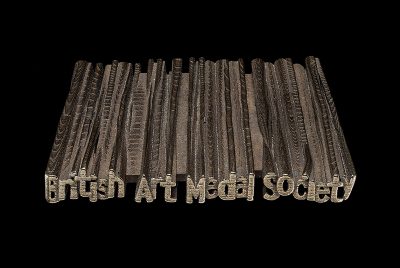 Alexander, Senior Lecturer in Jewellery and Silversmithing at Birmingham City University’s [BCU] School of Jewellery, attended a special BAMS event hosted at Cutlers’ Hall, London where he gave a passionate lecture detailing the design and inspiration behind his medal.

“This is the most enormous honour, to know that one of the great medal organisations, recognised globally, is using one of my designs to commemorate those who are themselves, great supporters of the art medal certainly leaves me a bit lost for words,” said Alexander.

The ‘Presidents Medal’ is the society’s highest and premier award and is presented to individuals and organisations considered to have made a significant contribution to the understanding, appreciation, and encouragement of the art of the medal.

The medal also has admirers at The British Museum who have acquired a prototype for permanent preservation in the National Collection of Coins and Medals.

“My medal being kept at the British Museum is probably the highlight of my career as an artist. It’s sobering to think that in a hundred years when I am long gone, people will still be able to look at the design and wonder about its creator,” added Alexander.

After experiencing a difficult second national Lockdown in 2021, Alexander’s creative spark was re-ignited after seeing the brief for the medal’s design was open for interpretation.
The leading jeweller harnessed cutting-edge new technology at BCU’s School of Jewellery to bring his inspired design to life.

“It was important to me that the medal was contemporary in both the way it was designed and how it was manufactured. Medal manufacturing has not changed in hundreds of years, so the application of new technologies and processes was important in pushing the envelope of what was possible. 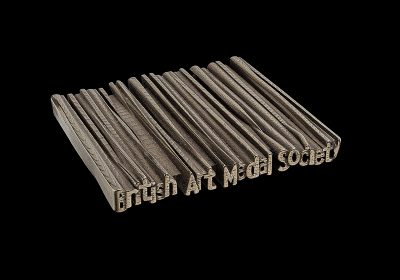 “The medal was designed in CAD [Computer Aided Design] and then directly manufactured from the CAD file by additive manufacture, allowing for long, twisting passages through the medal itself.

“I need to thank our technical team, Keith Adcock and Paul Yeomans at the School of Jewellery for printing some prototypes for me to look at before we could begin the manufacturing process,” he said.

Julian Cross, President of the British Art Medal Society reflected on what makes Alexander’s interpretation of the ‘Presidents Medal’ so special: “The commission for the new President’s Medal attracted a strong and varied range of entries, after much deliberation by the council of the British Art Medal Society, the medal design by Dauvit stood out for its strikingly innovative form and novel take on the essential components of a medal – front back and edge. Most interestingly Dauvit’s use of new technology, not only as a tool for production but also as a significant part of the creative process appealed to the council.

“It is a recognition of the artistic and technological merit of Dauvit’s medal that the British Museum, with the BAMS Council agreement, agreed to acquire Dauvit’s prototype.

It is significant and rewarding for BAMS that our commission for Dauvit has resulted in such a successful and important outcome for his work and we are very pleased for him,” said Cross.
BCU’s School of Jewellery made another significant impact in the medal industry over the summer, after one of the school’s graduates along with two current students were responsible for designing all 877 medals handed out at this summer’s Commonwealth Games.