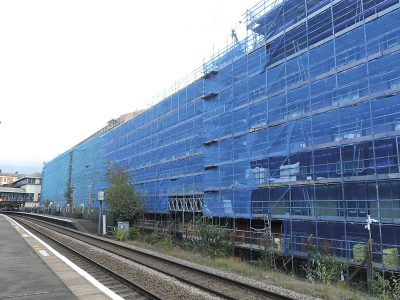 The planning application was to demolish the existing buildings (Mr Tyre) and the erection of a residential led mixed use redevelopment providing 395 apartments, commercial (B1a), workshop (B1a, b & c), Retail (A1, A2, A3, A4 & A5), leisure (D2), 116 car parking spaces, a new entrance to the Jewellery Quarter train station and associated works including landscaping and new entrance to Pitsford Street.

As can be seen it is amongst some of the largest developments in recent times in the area, and despite its close proximity can hardly be seen from most of the main Jewellery Quarter streets.
An on-site worker estimated that it would be roughly another 12 months before most of the site is complete. 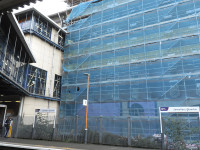 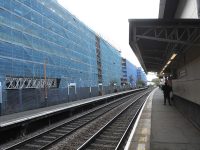 Unusually the development features a couple of railway tunnel type arches to keep it in character with the railway which it is close to, and of course was once the site of the Hockley Station and Hockley goods depot.