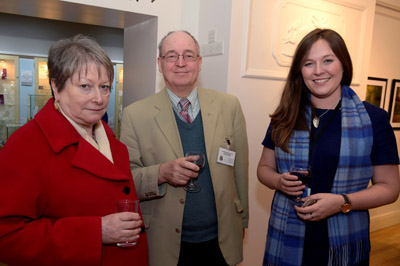 For 25 years, the award-winning Museum of the Jewellery Quarter has opened its doors to the public, offering an insight into the city’s historic jewellery trade.

The milestone birthday was celebrated at an event in the museum’s new commercial gallery space in March, which also showcased photographer Verity Milligan’s first solo exhibition.

Since opening in 1992 the museum has welcomed around 750,000 visitors through its doors, giving them a unique glimpse of Birmingham’s famous jewellery and metalwork heritage.

Previously home to the Smith & Pepper jewellery firm, which closed in 1981, visitors to the museum experience how the factory was left when the proprietors retired and closed the doors.

The site has won many awards over the years including the Visit England award for excellence for Best Small Visitor Attraction in 2010, the Association of Cultural Enterprises Best New Publication for the museum guide book in 2015, and most recently Visit England’s

‘Best Told Story’ accolade for the second year this year, with displays, tours and staff all judged as excellent.

The anniversary also marks the launch of the Museum of the Jewellery Quarter’s new commercial gallery space in the Smith & Pepper Tea Room, which showcase local artwork and is currently displaying Verity Milligan’s popular photographs of Birmingham.

Oliver Buckley, Museum Manager Heritage Sites at Birmingham Museums Trust, said: “We are incredibly proud of the success of the Museum of the Jewellery Quarter over the last 25 years and the event was a fantastic way to mark the occasion.

The commercial gallery space was launched showcasing Verity Milligan’s ‘Images of the city’.

Thanks to all our visitors over the years who have supported us. We would encourage anyone who wants to learn more about the Jewellery Quarter to come and visit us to find out more about our city’s heritage and so we can continue to ensure this glimpse of history is preserved for years to come.

Thanks also to our team of staff and volunteers who bring the stories of the factory to life.”