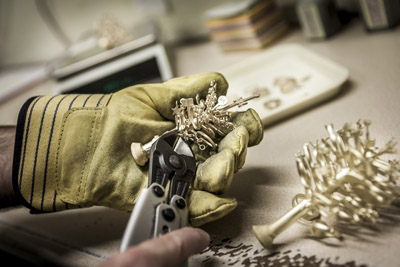 Weston Beamor, the Birmingham Casting house, 3D printing and bespoke manufacturing company has recently been engaged in a Government funded ‘High Value Manufacturing Catapult’ initiative, working closely with academics at a well-known Midland university, to move its casting processes forward for the next decade.

The company has invested heavily in new casting equipment, which is particularly ideal for platinum and palladium casting, and has worked closely with university staff to find the best possible methods of dealing with the nuances of the lost wax casting process using synthetic casting resins developed for today’s design platform.

“We have learnt a great deal from Catapult and I am delighted to report that as a result of our participation we can now offer our customers an even more reliable casting service than in the past. We have also been able to fine tune our processes and learn more about the ever-evolving waxes and resins that are available to us today,” says the company’s Operations Director, Mark Thomas. 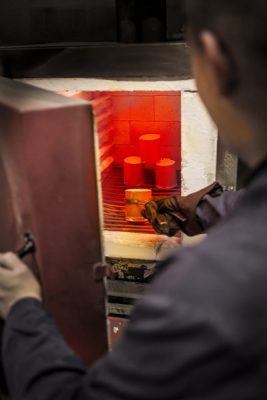 Ever since its formation Weston Beamor has been a forerunner in the field of casting technology. Indeed, its founder, William Beale, is believed to have been the first person to import commercial, lost-wax casting equipment into this country after the Second World War.

Following his untimely death in the 1970’s his daughter Vivian Fuller and her husband Patrick have continued his tradition of innovation and investment and work hard to try and ensure that the company’s manufacturing facility is second to none.

Weston Beamor offers a three-day turnaround on casting orders, with the ability to supply castings in 24 hours. Thanks to its in-house Assay Office manned by the Assay Office Birmingham, castings, where requested, can be delivered fully hallmarked.

The company casts in all carats and colours of gold, silver, platinum and palladium and also offers its customers a full, bespoke-manufacturing package.

This includes: creating CAD files to a customer’s own brief; providing 3D photo-realistic renders of the proposed design; working with customers to ensure their own CAD files are fit for purpose and producing wax or resin prototypes for approval before the casting begins.

“It is very exciting how casting has developed and continues to develop. Recent advances mean that we can tackle extremely large and complex designs which previously either could not have been made, or would have needed to have been produced in several separate parts.

Developments have given the new generation of jewellery designers, tremendous freedom and have opened up a range of possibilities. This project has certainly moved us forward into a new era,” says Glen Day, Head of Business Development at the company.