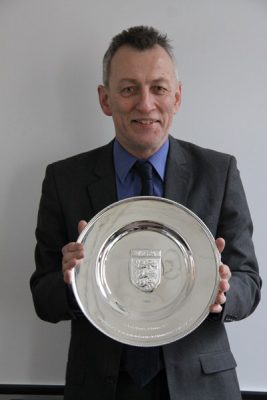 My Happy and Productive Years in The Jewellery Quarter

All Hockley Flyer readers will already know of my activities over the past twelve years in The Jewellery Quarter, but as a reminder as well as a way of saying goodbye, I set out a few of these achievements, which would not have been possible without the support of my many friends and colleagues.

I have only listed below those things that I don’t think would have happened without a proactive approach and a measure of determination, acknowledging that in countless cases I was very ably supported by various organisations and individuals, especially my staff at the time, and Anna Gibson who has always been a source of inspiration.

The above doesn’t include my involvement in extensive negotiations with funding agencies to assist (a) landowners on various developments or (b) Coffin Works and JW Evans where the Regen Partnership was a supporting rather than lead body, and all the other aspects of being a virtual ‘town centre manager’. In other words being available,visible and with a commitment to high quality customer care particularly for those ‘fine grain’ issues which are important to the local community.

During the period the Regeneration Partnership was operating, it won three ‘In Bloom’ Awards, a West Midlands Police Award for Community Safety and the Urban Academy’s ‘Great Neighbourhood’s ‘Award.

The average budget for the Partnership Team was £110,000 per annum including salaries and including the time I started as a JQ Animateur ie £1.1 m over 10 years which will have levered a further £3m ie a ratio of 3:1 – a ratio of which I’m proud. The annual budget for BIDS is £400k (over its 5 year period) – I hope it will also attain the same ratio.