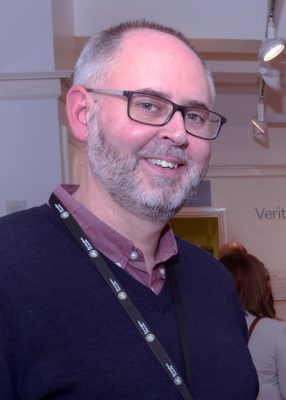 In August, Oliver Buckley became the new Curator at the Museum of the Jewellery Quarter. The Museum is to be more closely joined with Soho House Museum, the former home of Matthew Boulton, as Oliver will be in charge of both sites.

The two Museums sit happily together because of their close proximity and the significance of Boulton in the early development of the Quarter, particularly his role in founding the Birmingham Assay Office.

Oliver started his 15 year career as an art curator at the National Army Museum in London, before joining the small team who launched The New Art Gallery in Walsall.

He has been a member of staff at Birmingham’s museum service for the last 8 years, based at the central museum in Chamberlain Square, where his recent work has concentrated on building new audiences for the museum.

He is very excited about his new role and the challenges ahead. Oliver will ensure that the award-winning Museum of the Jewellery Quarter continues to flourish after his wife, Victoria Emmanuel, steps down as Curator.