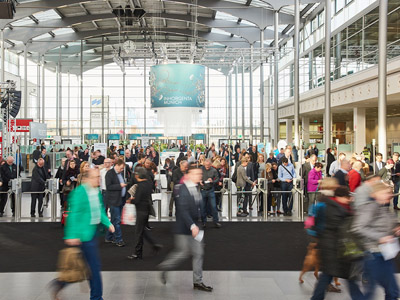 In order to avoid an overlapping with the carnival season, Inhorgenta Munich has responded by postponing the dates initially planned for 2017.

Now the trade show will take place from 18 to 21 February 2017 and thus on a one-time basis from Saturday to Tuesday.

By this decision, the organizers are simultaneously in conformity with the result of a survey in which customers from industry and trade could choose among different periods.

Owing to its new exhibition concept, this year’s Inhorgenta Munich strengthened its position as one of the world’s leading trade shows of the watch and jewellery industry.

940 exhibitors from 33 countries and 26,000 trade visitors from 75 countries confirm its success.

In 2017, Inhorgenta Munich will come up with another innovation: The trade show will not take place from Friday to Monday – as usual – but on a one-time basis from Saturday to Tuesday.

As a result, the 44th Inhorgenta Munich will definitely open its gates from 18 to 21 February 2017. In changing the dates, the organizers take account of the result of a survey conducted among its customers from industry and trade.

As a matter of fact, the majority of the respondents were against the initially planned dates owing to their overlapping with the carnival season. Simultaneously, they were in favour of a timeframe from Saturday to Tuesday.

“After intensive talks with many customers and in view of the quite unambiguous result of the survey, we decided in favour of these new dates. The reason why we have done so is that our customers’ needs always rank first for us”, states Klaus Dittrich, Chairman and CEO of Messe München.

And Exhibition Manager Stefanie Mändlein adds, “Of course, we are aware of the fact that trade-show dates always represent a compromise unlikely to suit everyone. However, we are very confident that also next Inhorgenta Munich will be a real success for the exhibitors.”