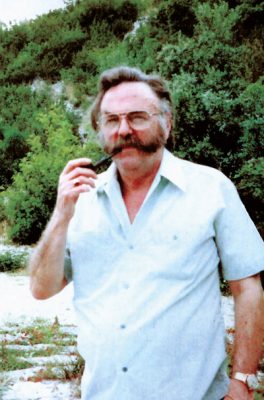 Brian Coles sadly died on 3rd September 2010. Brian was educated at Laurence’s College in Birmingham. He did his national service in the R.A.F and married his wife Pat in 1953, trained to be a setter, but was able to turn his hand to any task.

Brian joined James Harrisons in 1964 in the jobbing department, but quickly established his credentials and was moved to the Signet sales department.

In 1992 Brian helped Colin Harrison to set up a business in the Big Peg, where his knowledge of the jewellery trade and contacts were extremely helpful, instantly recognised with his moustache, he was well respected and trusted and his word was his bond.

In 2000 Brian joined A & A Jewellery where he continued to help with orders and general jewellery duties.

Brian enjoyed his photography and went on several photographic expeditions. Brian always had a smile on his face and was prepared to offer any helpful advice.

A memorial service was held for Brian on Wednesday September 15th 2010 at Streetly Crematorium, which was well attended by family, friends and members of the trade. Brian leaves a loving widow Pat and their daughter Jayne and her family.

Brian was a lovely man, who will be sadly missed by all of those who knew him.