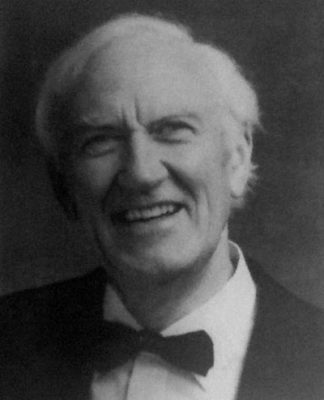 It is with a very heavy heart that I announce the passing of my father Colin Shepherd from our family business ‘City Jewellers of Lichfield’. He passed away after an 8 month battle against cancer, aged 83.

Although a very private person, he was extremely proud of his background, and often coined the phrase that he was “born into the trade.”

His parents were the Curators of the Birmingham School for Jewellers and Silversmiths between 1925 and 1964, and father was born on the top floor of the family accommodation at the school in 1932.

After the war, he spent his youth as a ‘runner’ delivering and collecting parcels from manufacturing jewellers in the locality of the Jewellery Quarter, until he was old enough to qualify as a watchmaker at the school. 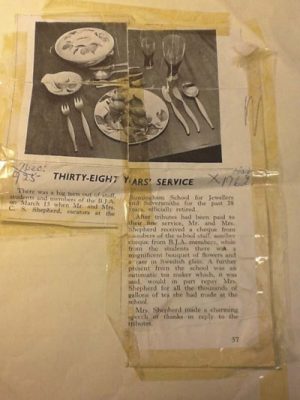 He soon set up his first business – as a watchmaker in a small workshop in the Quarter, servicing and repairing watches to the trade. In 1955 he opened his first Jewellery Shop in Handsworth, followed by further businesses in Perry Barr, Great Barr, Kingstanding, and finally here in Lichfield.

He leaves his wife Olive of 61 years, and two sons Karl and myself, to continue the family tradition.

For all his sins he was a long-standing Birmingham City FC supporter!

He will be greatly missed by all who knew him, be it business or personal – he was a true gentleman.