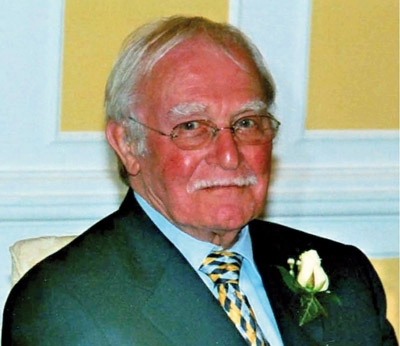 It is with great sadness that we announce the death of Jack Nichols, who died aged 85 following a prolonged battle with cancer, in hospital on the morning of May 11th.

From his Yorkshire origins, Jack had been involved in the Jewellery Trade for over sixty years, most of that time spent as a Manufacturer’s Agent, selling silver, jewellery and watches directly from the manufacturers.

In 1985 Jack’s life – both personally and through business – took another turn and whilst attending the Basle Jewellery Fair and working on the stand of the Swiss watch house he represented, he met his future wife Maggie (nee Gwilt), the Managing Director of Sutton Tools.

She was visiting the fair to purchase equipment for her tool business which had supplied goods to the Jewellery and Silversmithing industry since 1884.

Jack had to leave his beloved Yorkshire and ‘emigrate’ to the Midlands, where Maggie had her business. He continued to work alongside her, helping to move the Company forward into a new era and developing the foundation for the team of talented salesmen who so admirably represent Sutton Tools today.

Jack was always an inspiration to those who had the privilege to meet or work alongside him and he will be greatly missed, particularly by Maggie, and his two daughters and son from his earlier life.