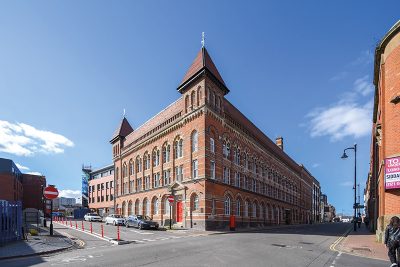 The Birmingham & West Midlands group of the Victorian Society has named Oliver Architecture as the winner of the 2021 Conservation Award for its restoration of the Argent Centre in Birmingham’s Jewellery Quarter.

The Argent Centre, originally known as the Albert Works, was built in 1863 to the design of architect J.G. Bland as a pen manufacturing centre consisting of rows of workshops overlooking an internal square courtyard with corner turrets.

The restoration project made a significant contribution in returning the building to its original design using 19th century engravings to recreate lost corner turret roofs.
During the restoration project, workers discovered club tiles (tiles with a semi-circular end) that had originally clad the turrets’ roofs, and Oliver Architecture commissioned faithful reproductions to replace the later-added slates. 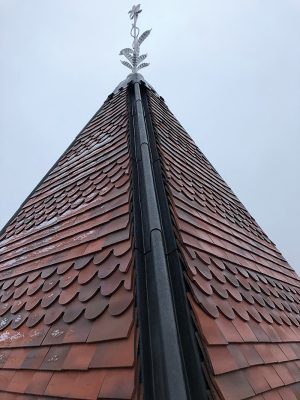 Stephen Hartland, Chairman of the Birmingham & West Midlands group said: “We have a clear winner out of a number of high-quality nominations that we receive from professional bodies, architects, owners, and our members. The general visual amenity achieved by the restoration of historical elements is a joy to behold and I congratulate all involved in this project, and especially Oliver Architecture who thoroughly deserve this recognition.”

Stephen Oliver MA (Cantab) DipArch RIBA AABC for Oliver Architecture Ltd. said: “Oliver Architecture is thrilled to be awarded the 2021 Victorian Society Birmingham and West Midlands Group Conservation Award for our work leading the design team on the Argent Centre, one of the most iconic buildings of the celebrated Jewellery Quarter. The restoration of the corner turrets, together with roofing repairs and conservation of stonework, allows this grade II* listed building to speak again as a gateway to the Quarter. We are proud to have been part of this grant-aided project.” 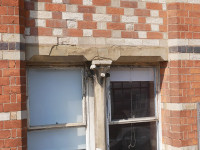 The winner receives an illuminated certificate and an 18” bronze disc recording the name of the winner and the year, for display on or in the building.