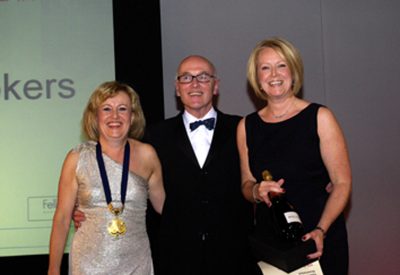 The Birmingham Assay Office was pleased to support the recent National Pawnbrokers Association Annual Conference. As ever this was a lively affair with pawnbrokers generally upbeat and positive as their businesses continue to prosper.

Current economic conditions have driven many to seek loans and pawnbrokers offer a reputable, established, and properly regulated option which is attractive to many people. The high price of precious metal continues to be a key driver too, giving people the opportunity to either sell or raise money against jewellery and watches.

Conference speakers covered a wide range of subjects from forthcoming changes to the Consumer Credit Act to Michael Portillos’ personal and very entertaining view of the current economic and political climate. Practical technical advice came from watch experts from Birmingham’s Fellows Auctioneers who delivered an excellent presentation on the identification of fake and customised watches. This is extremely topical and the mass of helpful information they shared was much appreciated and very well received by the Conference.

Michael Allchin, Chief Executive of The Birmingham Assay Office contributed his regular update on precious metal prices and hallmarking statistics, and his analysis of trends and the state of the market. An interesting discussion followed, focussing upon future changes to gold prices in particular. Michael introduced the audience to fellow delegate and gold expert Philip Newman from Thomson Reuter GFMS who undertake global research to provide reliable analysis and robust predictions of what may happen next.

The business was over by mid afternoon, leaving delegates free to gather their strength for the formal Awards Dinner. These awards are hotly contested and the shortlisted entrants are not short of vociferous support from their enthusiastic colleagues.

When the final results were announced, Store of the Year went to Mallards of Southend on Sea, Deborah Howard of The Money Shop was declared Employee of the Year and James Constantinou was acknowledged as the industry’s ‘Rising Star’.

The ‘Kids Get Going’ project run by H & T Pawnbrokers won Community Contribution and the Cheque Centre was awarded New Member of the Year. The Employer of the Year Award, sponsored by The Birmingham Assay Office was won by Harvey & Thomson, affectionately known as H & T. Michael Allchin presented the Award after the judges had concluded that H & T’s welfare, training and development of its staff over the past year had been outstanding.

However the biggest winner of the night was the National Society for Prevention of Cruelty to Children (NSPCC). The Charity auction, ably handled by the ever persuasive Stephen Whittaker of Fellows Auctioneers raised £28,000 for the charity. A fantastic show of generosity from all the pawnbrokers present and with special thanks to Eamon Gaughan of The Bullion Room for his usual exuberant big heartedness.