Home » Property » Planning for the Future 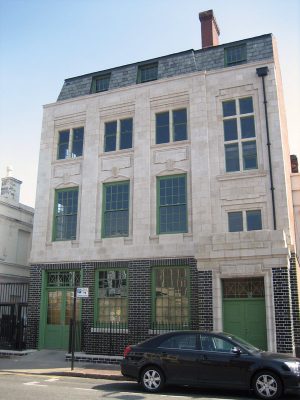 Many visitors to York House ask: “Despite Planning restrictions on ‘new housing’ and ‘Change of use’ in the area, how did some of the totally out-of-character ‘housing only’ developments get built?”
I will try to explain:

There have been many ‘Regeneration’ Schemes in the Quarter over the years but the most damaging one was the ‘The Urban Village’ 22 years ago.

This scheme ‘lifted’ restrictions on housing in the Quarter (most people do understand that the manufacture of jewellery and silverware is ‘light engineering’ and sometimes evokes out of normal working hours, noise, vibration, smells etc (the use of ammonia, arsenic, cyanide etc which are vital ingredients to the trade) and it has been proved over the years that industry and residential do not make ‘easy bedfellows’.

I had been trying to convince the powers-that-be for some years to close up these corridors but this was not done until after the launch of the Urban Village, also only a few buildings were listed at that time so there was no ‘conservation protection’ for the area.

Looking for support, the JQA Chairman at that time (Prof Freddie Troman) and myself went to talk to the (then) Leader of Birmingham City Council – Albert Bore (now Sir) . He listened carefully to our concerns, the next day Paul Spooner made contact with us, and work was commenced to produce a document that would prevent the Jewellery Quarter from becoming merely a housing estate.

Even with the support of English Heritage, the Victorian Society, and the Conservation Advisory Committee it took two years to get the Jewellery Quarter Conservation and Management Plan accepted as planning legislation – also a Design Guide was launched. 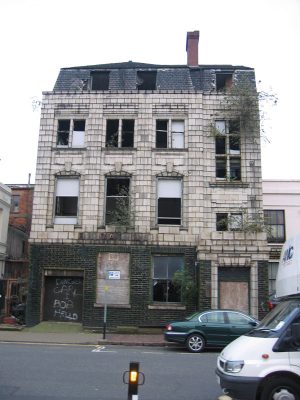 Unfortunately, immediately the Urban Village was announced, hoards of speculators and developers besieged the Quarter with open cheque books (and cash) persuading jewellers etc to sell their properties to them at over the top market value and employees were in fear of losing their jobs – there was even one suicide!

Planning Applications for ‘housing only’ proposals flooded in and apart from ‘adjacent to a Conservation Area’, there was very little Planning Control could do.

(Some of you may remember my appearance on the ‘Inside Out’ programme at that time – I also wrote ‘The Urban Village – The Worst Scenario’, which had immediate effect! English Heritage’s main contribution was to List over 120 buildings and with the intervention of the Prince’s Foundation (including HRH Prince Charles), the corridors were closed up, and the whole of The Jewellery Quarter declared a Conservation Area.

The Jewellery Quarter was ‘zoned’ into various areas, mainly to allow no housing in the Golden Triangle and only live/work units in the Industrial Middle. The scheme has worked quite well but the pressure from developers is always there and the Jewellery Quarter Association, through the Heritage and Regeneration Group carefully scrutinise all new Planning and ‘Change of Use’ applications to ensure that they comply with present planning legislation, and comment accordingly.

Although many new Planning Applications attempt to ‘bend’ the rules, the Planning authority has NO OPTION but to adhere to the present Planning Legislation and blaming the planning officers when applications are rejected is not fair!

On the plus side however many derelict buildings have been bought back into use over the past 25 years, including of course the Victoria Works, the Cemetery Lodge, buildings in Warstone Lane, the Jewellery & Silver Centre (Prince’s Trust project), a burnt out building in Vyse Street, Branston Court, Camelinat’s building in Tenby Street and of course the ‘Feridax building’. One of first refurbished buildings was the ‘Swallow Works’ and of course the Joseph Lucas and Cannings buildings. There are many more.

One of the main problems with the remaining semi-derelict buildings is (a) they do not comply with present Health & Safety, and Fire regulations and (b) some are contaminated because of previous use.

I hope this editorial goes some way to explain to newcomers to the Quarter what the past and present planning legislation for the Jewellery Quarter is all about.