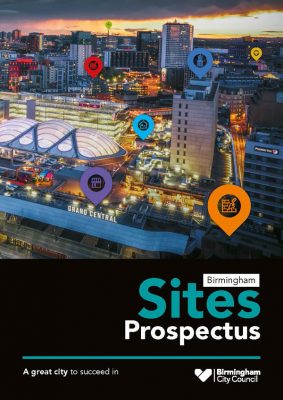 According to the Government we need to build more residential units because of the increase in the population and homelessness and because of Government cuts Birmingham Council need to make more money to survive. Consequently – once more – the Jewellery Quarter has become a prime target destined to destroy this famous heritage and working area and turn it into a housing suburb.

Without a place to work how can a family survive and pay the mortgage or rent?

There must be lots of open spaces that could be built on (Adderley Park for instance) without upsetting the fine balance necessary between workspace and residential-use in The Jewellery Quarter.

During 2018 there was an obvious increase in pressure to build a great more residential units both on the Mr Tyre site and the A. E. Harris site.
As we know from previous experience, close proximity of residential-use to work space can have a fatal effect on our factories and workshops and even if you have a Lease on the property there is no security if a developer or their financial backers, are determined enough.

Some organisations care nothing about the consequences – they build their monstrosities then hand over the administration to a different company, who after only a short time, go into liquidation, leaving the tenants out on a limb. Not all developers are like this of course, but sadly a great number are.

The present situation regarding both sites is that a great number of Conditions are being imposed and the developers are being told they must comply with the present Jewellery Quarter Planning Legislation of 2002 and Design Guide.

NB: Birmingham City Council have recently announced that the number of new homes built in Birmingham over the past three years has EXCEEDED the annual target by 108%

Council’s Plan to Sell off Some of Their Properties
An irresponsible rumour was spread just before Christmas that the Council was selling off certain of their properties to developers ‘specifically for residential use’ and the present occupants were to be given notice to quit at the end of their Lease (or contract).
The Council deny this, but the matter is ongoing. If anyone owns property and decides to sell it, there is very little the tenant can do, except maybe to offer to buy the premises themselves.