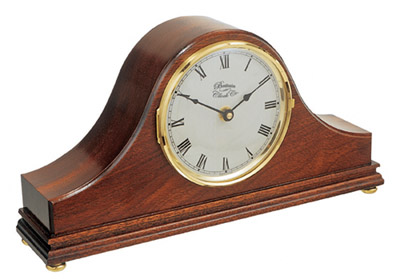 Police in Birmingham are appealing for information to help track down three criminals who hi-jacked a Royal Mail van close to the Jewellery Quarter.

The incident happened on St George Street at approximately 5.25pm on Wednesday 23 March.

The van driver and his colleague were making their collections when a blue Vauxhall Astra estate car pulled up in front of them.

Three men got out of the vehicle and proceeded to smash the driver-side window of the van with a claw hammer before taking the keys from the ignition.

The three men then threatened the van driver and his colleague with the hammer forcing them to exit the vehicle. Two of the offenders got into the van and drove off towards New Summer Street. The third man followed behind in the Astra estate.

The van was found a short while later abandoned in Barr Street, Newtown. The contents of the vehicle had been stolen. Amongst the stolen items was a clock that has been deemed ‘unique’ in appearance. Officers are hoping that local jewellery dealers or antique shops may recognise the clock and come forward with information.

The offenders are described as white, aged in their 20’s and approximately 5’10” tall. They are all of stocky build and were wearing dark clothing with hoods up and scarves. One of the offenders also had a ginger moustache.

Detective constable Della Winters said: “We are working hard to identify the three men involved in this particularly nasty offence. It is likely that members of the public will have seen this incident and we are urging them to come forward with any information, however big or small, that they can provide. We are also appealing for local jewellers, antique dealers and second hand shops to get in touch if they have seen or heard about the clock that was stolen during the incident.”

Anybody with information relating to this incident should call DC Winters or officers from Major Investigation Team 15 on 0345 113 5000. Callers can also contact the independent charity Crimestoppers anonymously on 0800 555 111.