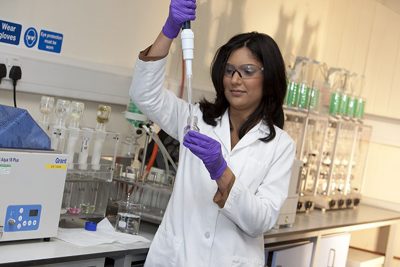 Three months after its launch, the Quick Nickel Test developed by The Laboratory at The Birmingham Assay Office is proving to be hugely popular.

The Birmingham Assay Office always recognised the need for a quicker, less expensive test to establish whether products complied with the UK Nickel regulations and having developed the unique new test the response to the new service has been overwhelming.

It is easy to understand why – the unique test takes a maximum of three days and results confirm that an article is compliant with the UK Nickel Regulations for as little as £25.00.

Wanting to ensure that the test really is reliable, several major retailers have undertaken trials to prove that the test is suitable to include as part of their own due diligence procedures. The test has proved itself every time and has now replaced EN 1811 for many customers who just need to confirm that their carefully specified product is compliant.

The Quick Nickel Test is also UKAS accredited (and is the only test of its kind to currently have this accreditation), adding even more credibility to its results.

Trading Standards Authorities have been invited to come and see the process for themselves and two authorities have already carried out trials and used it for their own purposes. The Laboratory Account Manager Tim Smith is also working closely with Trading Standards officers in Birmingham and with a Consumer Trading Law consultant to gain further recognition for the test on an even wider basis.

Good news travels fast, and other test houses are now offering what purports to be a similar service. However, Dippal Manchanda, Technical Director at The Birmingham Assay Office urges customers to be careful. “These other tests are not the same as ours at all,” he says. “The Birmingham Assay Office method took more than twelve months to develop and we have tested thousands of components in the process.”

Our Quick Nickel test is NOT the swab test, nor the screening test EN 12471 which our research has shown to be only 84% accurate. Our method is proven to be more than 98.5% accurate in identifying items which will comply with the test stipulated in the legislation, BS EN 1811. Our test is unique and our process is confidential. No one else can offer this exclusive test.”

If imitation is the most sincere form of flattery, The Birmingham Assay Office has indeed been flattered recently. Its research team has pioneered and developed the testing and colour measurement of White Gold alloys, tests to determine susceptibility to tarnishing and new nickel tests during the past two years. Other service providers have tried to copy these developments, but the original, authoritative research and the methodology remains with The Birmingham Assay Office – as does the most highly regarded expertise.