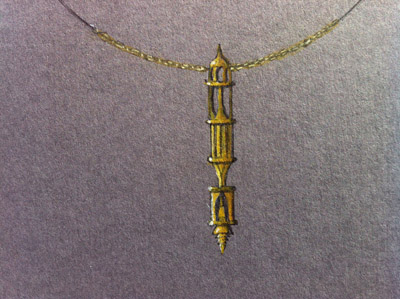 Shortly, young emerging talent in the world of jewellery design and metalwork will be put in the spotlight at The Goldsmiths’ Centre as part of the Shine showcase 2014.

The showcase, part of the London Design Festival, will celebrate the most exceptional craftsmanship in goldsmithing, silversmithing and jewellery design at The Goldsmiths’ Centre in Clerkenwell, London from 12 September to 24 November 2014.

It traces the journey from early training pieces to the masterpieces of highly skilled artists now successfully setting up their own businesses.

One of the highlights, to be unveiled for the first time, will be an 18ct gold pendant designed and crafted by Foundation Programme trainee Ben Hawkins, the winner of The Catherine Jones of Cambridge Golden Jubilee Competition. 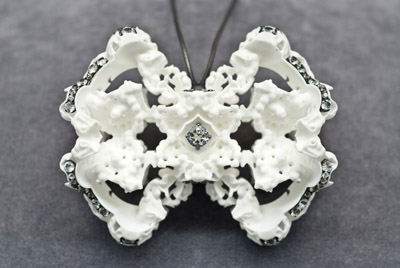 Vanessa Burkitt, MD of Catherine Jones of Cambridge said, “We are delighted to have engaged with the Goldsmiths’ Centre, to organise a competition for young and emerging craftspeople on the Foundation programme, to mark our 50th anniversary – our Golden Jubilee – in the trade.

The heritage of Catherine Jones of Cambridge support of talented, young designers goes back to my mother, Catherine herself, when, in the 1960s, she would buy metal for them to give them the freedom to create pieces with ‘more substance’.

The judges were tremendously impressed by the ingenuity and design flare exhibited by all of the students of the Foundation programme, at such an early stage of their journey into the techniques, arts and crafts that go into creating a jewel.

It will be a privilege and a thrill to see Ben’s thoughtful and illuminating design unveiled at SHINE for the public to see, for the first time.’ 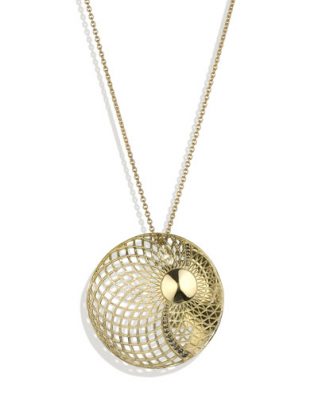 Shine 2014 provides a unique platform to reveal to the public the exceptional pieces produced with the support of our staff, trainers, and masters on the centre’s programmes and by the starter studios. We are also proud to celebrate the achievements of The Goldsmiths’ Company’s competition and bursaries winners.’

Shine 2014 at The Goldsmiths’ Centre, part of the London Design Festival, will also feature a series of films on the subject of jewellery and fashion tying in with the area’s first dedicated design and architectural film festival – AN’D Film Festival.

Top jewellery designer, Hannah Martin, as well as Silvia Weidenbach and Smith/Grey, whose workshops are based at The Goldsmiths’ Centre, and will feature on film alongside iconic jewellery scenes from the Pink Panther and Breakfast at Tiffany’s.