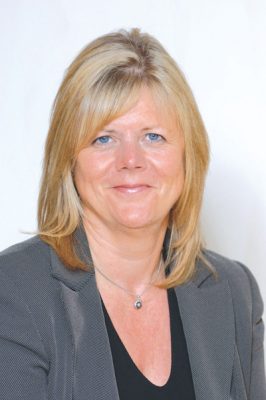 Stella will take up her new position in January 2014 and will work alongside current Chief Executive Michael Allchin throughout a three month hand over period until his retirement at the end of March.

Stella is well known in the precious metal industry, where she was Global Divisional Director for Cookson Precious Metals until their recent takeover by Heimerle & Meule.

She has worked in precious metals for 28 years and brings a wealth of relevant knowledge and experience to The Birmingham Assay Office. She is no stranger to the Office as Cooksons have been a customer for decades and Stella herself has been a Guardian since 2007. She is also a Liveryman of the Goldsmiths Company.

Stella has also applied her management skills outside the precious metals industry, serving as a non-executive director of the Birmingham Women’s Hospital Foundation Trust, and also the Birmingham & Solihull Mental Health Trust.

Making the announcement today, Chairman Kate Hartigan said, “We are delighted to have found someone of such high calibre, with the appropriate experience and proven strategic skills to take the Birmingham Assay Office through its next stage of development.

Stella joins The Assay Office at a significant time when, in addition to its statutory duty of hallmarking, the Office is driving growth through diversification and our plans for a move to a new purpose built facility in the Jewellery Quarter are well under way. As only the 13th Assay Master in 240 years of history Stella has the opportunity to really make her mark and we look forward to welcoming her in 2014.”