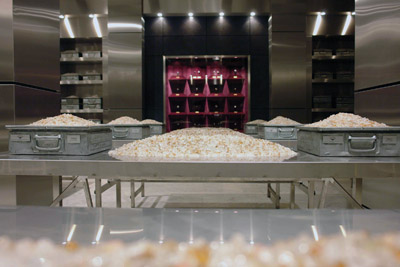 ENLIGHTENED™ – Swarovski Elements provided FLAWLESS with over 1.5 million perfectly cut, fully faceted Cubic Zirconia jewellery stones, capable of producing the maximum light dispersion and equal to the lustre of the finest diamonds, and nearly 3 tonnes of awe-inspiring genuine topaz chunks used to create the illusion of diamonds in the rough

Swarovski Jewels
Grabbing the spotlight alongside the rocks themselves are the sparkling jewels worn in the film by Demi Moore. Swarovski worked closely with FLAWLESS costume designer Dinah Collin to build a suitable jewel wardrobe for the dynamic 1960s female executive, including specially made Cubic Zirconia and crystal pearl earrings, which play a crucial role in the plot, classic crystal pearl necklaces and a stunning and rare original set of 1950’s costume jewellery made with Swarovski Crystal by Christian Dior.

The set was taken from the celebrated Fior Collection, one of the world’s finest private collections of vintage 20th Century fashion jewellery. 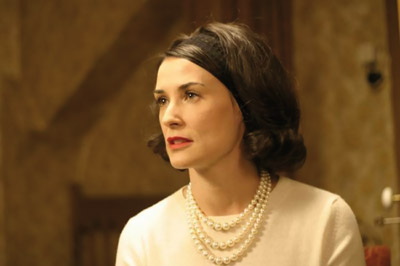 As Hollywood’s premier crystal purveyor, Swarovski has had the privilege to adorn stars such as Marilyn Monroe in Gentlemen Prefer Blondes, Grace Kelly in High Society, and Audrey Hepburn in Sabrina.

From the early days of Hollywood, Swarovski has worked hand in hand with costume and set designers, creating show-stopping jewels, costumes and stage sets which grab the spotlight.

The company’s reputation for the highest quality and largest variety of the finest cut crystal is unchallenged on and off the silver screen.

Flawless is a Metrodome Film and is currently shown in Cinemas worldwide – www.flawlessmovie.com.