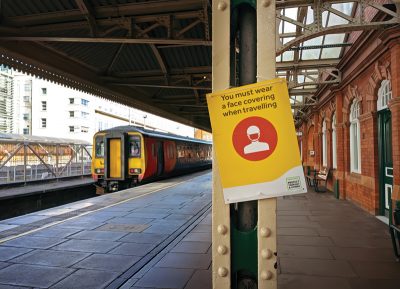 Residents on low incomes who have been advised to self-isolate for 14 days by the NHS Test and Trace Service can now apply for a £500 payment if they cannot work from home.

In October, the Government announced the new Test and Trace Support Payment which allows local authorities to issue the one-off lump sum to people who have received a positive Covid-19 test result or have been identified as a close contact.

Birmingham City Council has now launched its online application system, enabling eligible workers who have been told to self-isolate from 28 September onwards to submit their application and supporting evidence.

Cllr Ian Ward, Leader of Birmingham City Council, said: “The Test and Trace Support Payment is important because people who test positive for Covid-19 should not face the conundrum of choosing to self-isolate to protect others and putting themselves at risk of financial hardship by being unable to work or seek employment. Hopefully, these new payments give people the ability to self-isolate without worrying about the financial impact.
“If you are advised by the NHS Test and Trace Service to self-isolate, then you should be able to do so without being financially penalised. With the application system now live, eligible workers can submit their applications and know that by protecting others from the virus, they too are being protected from financial hardship.”

To be eligible for the new Test and Trace Support Payment, someone must:

Individuals who qualify and who meet the criteria will be entitled to a £500 lump sum payable into their bank account. These payments will be subject to income tax but not National Insurance contributions.

Government guidance states the payments will only be eligible for positive diagnosis from 28 September onwards until the scheme ends on 31 January 2021. and people will be able to claim for each period of self-isolation. Backdated claims from 28 September to 12 October will be accepted.
Furthermore, those who fail to comply will be subject to a fine of £1,000, increasing to £10,000 for repeated breaches or for employers who threaten their staff with unemployment for adhering to the self-isolation timeframe.