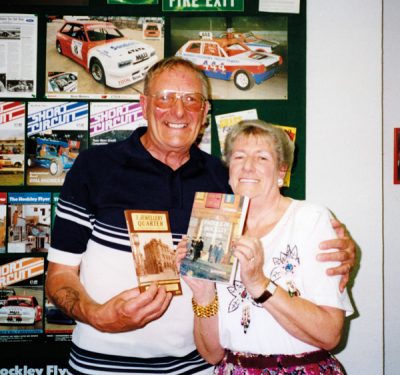 Whilst trying to make contact with ‘Smudge’ recently I was very sad to learn that he had passed away.

Ron was a very ‘special’ character – an out-and-out Brummie and a very clever and original artist, historian and author.

It only seems a short while ago when Ron, Kathleen Dayus and myself formed a trio of ‘oldies’ who often met up and shared book launches and gave ‘talks’.

You always knew that it was going to be fun with Ron and Kath along and I feel I have ‘lost’ two good friends.

Ron’s sense of humour was such that when crowned ‘Queen of The Jewellery Quarter’ Ron drew a sketch of me sat on a throne – but not quite the kind of throne one might expect!

This Foreword to one of Ron’s books ‘An Overflow from Hockley Brook’ was written by one of his close friend Mac Joseph and sums up his personality: 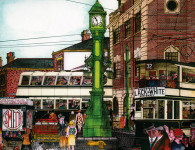 of books. It is a great honour for me to be asked to write this foreword for a very dear friend who has helped me over the past few years. Ron, affectionately known as ‘Smudge’ has given great pleasure to many, many Brummies, and adopted Brummies, with his entertaining talks, books and paintings depicting the suburbs of old Birmingham. Ron shares his memories of sad and happy times of his life in Birmingham through the words and paintings in this book and I am sure many people will reflect on these memories and say

“Yes, that happened to me” or “yes, I remember that”. I feel privileged to know Ron and Edythe …….”Ron always referred to his wife Edythe as ‘Cuddles’. 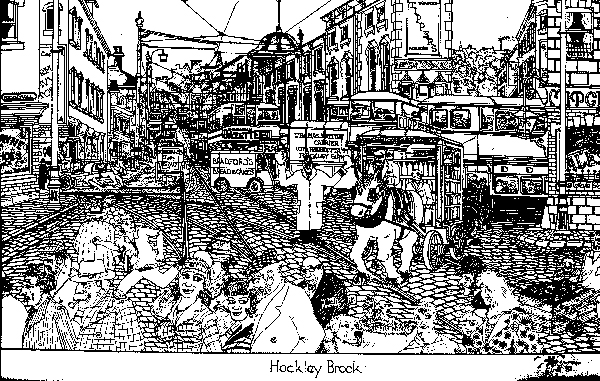 The last few words written by Ron in ‘An Overflow from Hockley Brook’ were: ‘I’m flowing like a river to see what’s out there in the world for me, in fact. I’m overflowing from Hockley Brook into a far bigger Brook.’