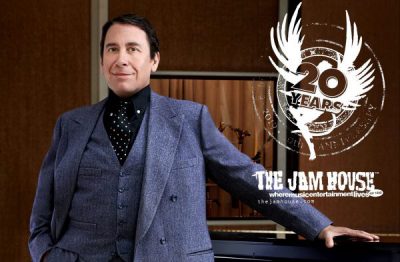 Birmingham’s premier live music venue, The Jam House, is celebrating its 20th anniversary with a line-up of great acts and events throughout the year acknowledging the wide range of musical styles for which the night club is renowned. A Big Birthday party is planned this Easter, where many of the musicians and characters that have contributed to this twenty-year success are coming together to celebrate at the venue.

Local boogie-woogie legend Dino Baptiste was the first performer to take the stage on the opening night, and will be back again, twenty years on, supporting the ever-popular Solid Soul, on Friday 19th April.

On 8th May, the original Jam House Musical Director, Jools Holland brings his Rhythm ‘n’ Blues Orchestra along for a “one night only” show. This will be Jools’ first appearance at The Jam House for 10 years and has said “he’s looking forward to coming home”, accompanied by local divas, Ruby Turner and Pauline Black of Selector. Predicted to be a sell-out, this show promises to be a big night! 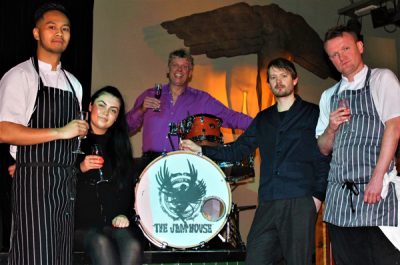 John Bunce, long-time Manager of the Jam House, says: “This 20-year milestone make us reflect on the all the good times. The great international stars – some boyhood heroes of mine – that we’ve met and worked with, the fantastically talented local musicians, the hard-working bar staff, waiters and chefs, and above all the customers that have made the Jam House the place that it is.”

For the past twenty years, The Jam House has been at the forefront of the Midlands live music scene and continues to host an array of artists with a wide range of diversities and talents: from Gospel Central Choir, to supporting and nurturing local talent by hosting ‘The Acoustic Sessions’ (a monthly showcase of new talent and unsigned artists).