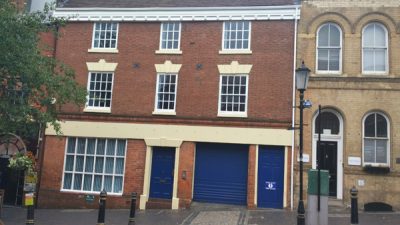 The Hockley-based Vegan Society has moved into a larger Birmingham city centre office, demonstrating the tremendous growth of the vegan movement.

The charity’s previous premises on 21 Hylton Street, Hockley, B18 6HJ, were unable to accommodate all of its staff, the number of which has quadrupled from just 10 a decade ago to almost 40. Staff were previously split between two buildings and it is hoped that the new technological infrastructure will provide better communications and work efficiency.

George Gill, CEO at The Vegan Society, said: “When I joined the Society back in 2009, I was one of just 10 members of staff. We now have a 40-strong team of talented and hard-working vegans, and it feels like the time is right for us to move to accommodate the expansion of the charity. Once everyone is housed under the same roof, we will have space to pursue our plans for the growth of The Vegan Society and the vegan movement.”

The Vegan Society was founded in 1944 by Donald Watson and his friends, who also coined the word ‘vegan’. There were just 25 members when the first magazine, Vegan News, was published in November 1944.