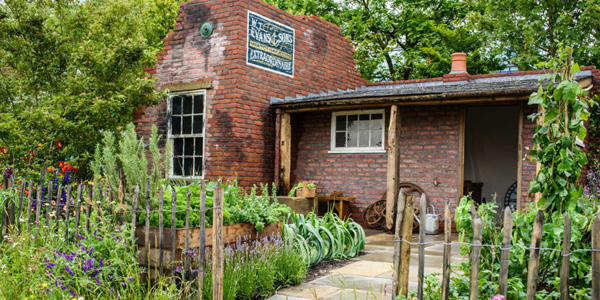 ‘BBC Gardeners’ World Live has announced the winners of its prestigious Show Garden awards held at the NEC in June (13th to 16th), with two gardens scooping Platinum Awards, the highest available at the Show.

The garden pays homage to Birmingham, the Show’s host city, by recreating a garden typical of a historic Jewellery Quarter craftsman’s back yard from the 19th century. The build was also named ‘Best Show Garden’.

The interactive watchmaker’s workshop features artefacts sourced from working jewellers in the district, and even from the city’s iconic St Paul’s Church, which is nestled in the heart of the Jewellery Quarter’. 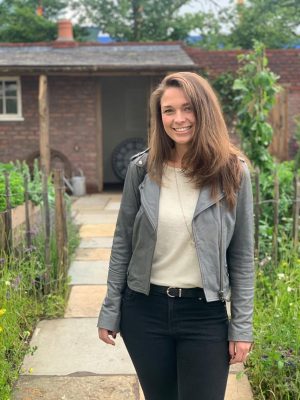 Personal comment by Alex: “It was a real slog in the rain but worth it in the end!”

About the Garden
‘Birmingham’s Jewellery Quarter is a bustling, cosmopolitan area, steeped in history. In the Victorian era the area was booming with trade as the jewellery and watchmaking industries expanded, with it being common for craftsmen to set up workshops in their back gardens to meet demand. BBC Gardeners’ World Live’s headline Watchmaker’s Garden, designed by award-winning garden designer Alexandra Froggatt, is inspired by these dedicated 19th century back-garden horologists.

Step onto the garden and you’ll step back in time into a watchmaker’s garden workshop, where the city’s iconic Chamberlain clockface is mid-production, with a workbench surrounded by original tools and artefacts. Outside of the rustic building, the garden is authentic to the era with heirloom and heritage vegetables, salads growing alongside cottage garden plants and self-seeded native flowers. 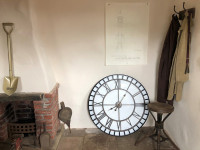 Unkempt grass areas surround the space, with rustic paths and fencing along with nasturtiums and climbing peas scrambling up posts. Trees and shrubs border the garden, giving a mature feel, as well as screening the boundaries.