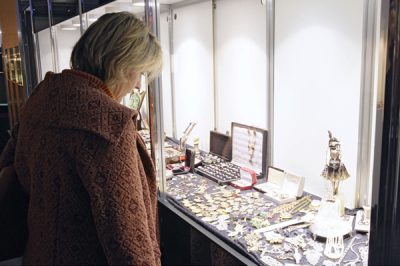 Platinum – that is the material of which dreams are made. It already fascinated Egyptian pharaohs in ancient times and it is also the preferred precious metal of famous personalities in our times.

Stars such as Grace Kelly, Liz Taylor and Elvis Presley made themselves chic with creations made from the most valuable of all materials. Today, prominent people such as Madonna and Jennifer Aniston often like appearing in public with platinum jewellery.

No question about it: platinum radiates special exclusiveness. In addition, jewellery manufacturers can design the most daring and elegant creations using it thanks to its extreme flexibility.

Important platinum jewellery makers are once again exhibiting at inhorgenta europe 2007, the 33rd International Fair for Watches, Clocks, Jewellery, Precious Stones, Pearls and Technology, from February 23 to 26. The Platinum Forum in Hall B1 will be the focus of attention, the most important platform worldwide for those working with platinum. Big names such as Atelier Bunz, Cede, Henrich & Denzel, Gebr. Schaffrath and H. D. Krieger, will attract trade buyers from throughout the world with their newest creations.

The focus of the Platinum Forum in Hall B1 will be the Platinum Guild International Deutschland (PGI) as in previous years. The marketing organization for platinum designers and manufacturers in Germany, Austria and Switzerland, to which many of the most renowned companies in the industry belong, will present a clear display of the unique opportunities, which the precious metal provides.

In addition, the PGI booth is a popular communication and meeting place of the industry where trade visitors and exhibitors can establish contacts and obtain information about the latest jewellery pieces and wedding rings made of the valuable precious metal.

The Platinum Guild is also presenting the winners and commendations of the ‘Platinum Design Contest 2006/2007’, which was held this year on the topic of “Platinum for Men”, at inhorgenta europe 2007. The Technical Director of the Platinum Guild USA, Jürgen März, will demonstrate at the PGI booth how the valuable precious metal is worked; he will also give important tips and answer visitor questions. 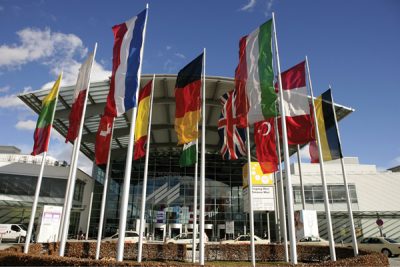 For the Munich-based jewellery designer Helene M. Apitzsch, the Platinum Forum is “an ideal information platform for platinum, especially in times when cheap jewellery is flooding the market.” The jewellery designer specialized in platinum jewellery is presenting a collection at the upcoming trade fair, which deals with the play of colours between black and white diamonds. “Away from ‘overloaded’ in the direction of ‘minimalism’, we place value on clear lines and perfectly completely shapes.”

“Platinum remains a must in high-quality jewellery production,” Hans D. Krieger emphasized. “The Platinum Forum at inhorgenta europe provides an exclusive framework for the most exclusive products of exhibitors there,” according to the managing director of the tradition-rich company Hans D. Krieger KG, which has already been represented at inhorgenta europe for almost 30 years. In February 2007, the company will mainly exhibit natural-colored and refined white diamonds, which are set in platinum.

Jewellery designer Geog Spreng has made a name for himself with striking and eccentric creations. “We are going to present a lot of new things at inhorgenta europe: young, sassy and offbeat. We also want to show that great jewellery is designed and produced in Germany and that it is top-rate in a global comparison,” according to Spreng. Platinum in connection with new wearing ideas is showing ways “in which our jewellery culture will develop.”

Atelier Bunz GmbH has already been represented at inhorgenta europe for more than 30 years. Managing Director Georg Bunz announced numerous novelties for next February. “In addition to colored stone combinations, we are going to present numerous new platinum creations.” Bunz sees “positive development options thanks to the increasing awareness of customers of this most refined of all jewellery metals” for the platinum industry.

Exhibitors with important platinum exhibits will also be in the Design Hall C2. “Innovative and pioneering design is primary for us,” Thomas Nünning stated, member of the managing board at Gebr. Niessing GmbH & Co. The company, which has received numerous important design prizes for its jewellery, has exhibited at inhorgenta europe since its founding. “Platinum makes up approximately 25 to 30 percent of our jewellery as material. We have recorded increasing international demand for it over the past years, for example, from countries such as China,” Nünning continued.

The platinum segment of the jewellery and timepiece industry is meeting in Munich in February. Whoever is looking for renowned exhibitors and select jewellery made of platinum can already look forward to inhorgenta europe 2007 now.

Almost 1,200 exhibitors from more than 40 countries have registered to participate. In addition, the trade fair organizers expect approximately 30,000 trade visitors from throughout Europe as in the previous years. New trends, new collections, new brands and new technologies dealing with all aspects of timepieces and jewellery: the first large trade fair of the year will present all of these things in six halls on more 64,000 square metres of space.