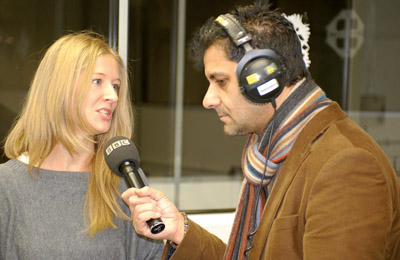 The Birmingham jewellery group Weston Beamor, which comprises the lost-wax casting company Weston Beamor and Domino, one of Europe’s leading suppliers of jewellery components and finished jewellery suites, opened its doors in Birmingham’s famous Jewellery Quarter to Radio West Midlands for a three hour early-morning news show, which was broadcast from its premises on Friday 18th December, 2009.

The show presenter Phil Upton gave a jewellery slant to the entire programme and interviewed several members of the group’s staff, including MD, Andrew Morton, who gave listeners an overview of the jewellery market and what consumers should be looking out for in the shops this Christmas.

Other interviewees included Glen Day Production Manager of Domino, who explained – complete with real factory sound-effects – how jewellery is made and the company’s Chairman and current President of the National Association of Goldsmiths, Patrick Fuller.

One of Domino’s local customers Carol Marlow of J.E Marlow a retailer in the Jewellery Quarter was also invited to take part in the show, as was Geoff Field, chief executive of the British Jewellers’ Association, the national trade body for the UK jewellery industry, while Michael Allchin, Assay Master at Birmingham Assay Office, spoke about the importance of hallmarking. 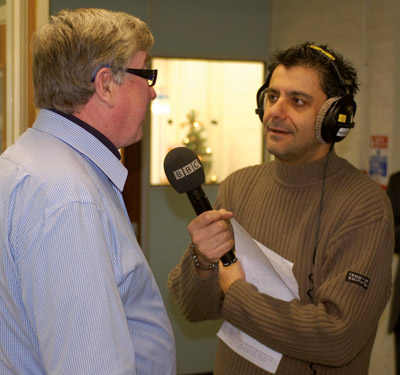 “It was great fun having the show done from our premises, although it certainly provided us with some logistical difficulties at what is always one of our busiest times of the year,” commented Andrew Morton. “Jewellery is a traditional purchase at Christmas time and it was wonderful to able to share some of the fascinating techniques we use in its production as well as some of the hottest new trends with Radio WM’s many listeners across the Midlands and beyond.”