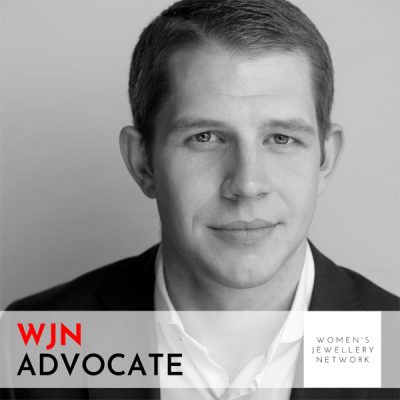 The Women’s Jewellery Network has announced the appointment of four advocates, who identify as male, to support the global ambitions of the female-led and focused organisation, with specific reference to equality, diversity, and inclusion.

Managing Director, Victoria McKay, explains the significance of the advocate appointments: “When we launched WJN, we started with just five founding Ambassadors; women who wanted to be part of a movement that would challenge the industry to reflect and act on the issues of diversity and inclusion for females across the trade. Since then, we have started to crystallise our statement of intent.

We restructured last year to form a directorate Board; we launched our mission, vision, and values (MVV); and we put out a call to the world of jewellery for more women to join our network to fight for real change. We were overwhelmed by the response and we are now working on a strategic activity framework for these wonderful women to lead on. 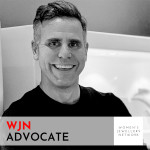 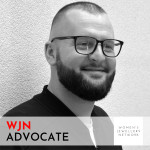 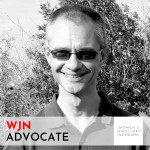 “Whilst developing our MVV, we challenged ourselves to think about the diversity and inclusion challenges that we faced as a female-focused trade organisation.

As a network we have always embraced the idea that those who identify as male would play a role; however, we know that there are some throughout the trade who may have made assumptions that we would be exclusionary.

If we were to adopt this approach, we could quite rightly be accused of being guilty of the same bigotry that we have witnessed across the jewellery industry and beyond; denying the opportunity for positive and proactive input and insights from certain individuals based purely on their gender.

This is and has never been the case; we acknowledged very early on that in order to change the narrative around gender, we would need all genders, especially those with the most privilege, to be involved in the debate, and we are very clear on our purpose and passion at WJN; in all areas and in whatever we do, we seek to be truly and utterly inclusive.”

The Advocates have all signed up to the WJN MVV which states the organisation’s intent to effect real change within the global jewellery industry, for the benefit of all.

Advocates are tasked with championing women’s rights and equality in everything that they do, rather than any specific support to individuals, which research shows can play into uneasy scenarios that can result in patronising or demeaning behaviours and outcomes. It is universally acknowledged that it is the environment, not the women, that requires change; and this is where WJN Advocates and advocacy in general has a major part to play.

Victoria added, “The launch of this initial cohort of Advocates is the beginning of global strategy of inclusion for WJN; as well as opening up our Advocacy programme to other countries, we will be engaging with supporters across all protected characteristics, with a particular focus on the intersectionality’s that emerge, whether that’s race, LGBTQUA+, family structure, disability and religion.

Equality for all means just that. We want to create a truly level playing field, where everyone is not only appreciated for their talent, but that they also are available and visible for selection for the team in the first place.”

Find out more about the WJN:
W: www.womensjewellerynetwork.com