Home » Museums » Write Into the Future 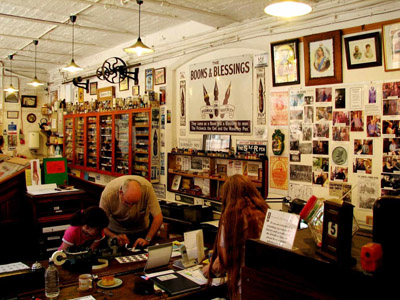 At a time of financial uncertainty for museums and galleries a unique, volunteer-run Birmingham museum has received a Heritage Lottery Fund (HLF) grant to help it plan for a sustainable future.

A £19,500 Transition Fund grant from HLF, spanning a critical nine month period, has been awarded with the aim of helping the Museum develop a ‘best practice’ volunteer programme with allied training.

It will also enable it to develop an economically robust business plan supported by an income earning strategy which will include the introduction of a revamped Museum Shop, to be developed in partnership with the private sector.

The Birmingham Pen Trade Heritage Association is an all-volunteer run charity which opened the Museum in 2001 to preserve the history and legacy of the steel pen trade in Birmingham and is located in the Jewellery Quarter’s historic Argent Centre, itself once a major pen factory. It is now rated 9th on Tripadvisor and attracts an average of 10,000 visitors per year. 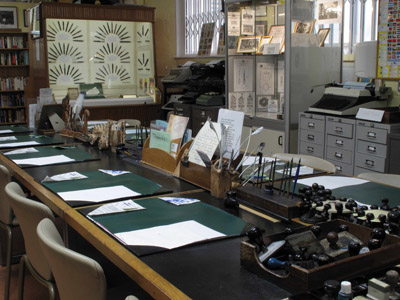 Dr Carl Chinn, MBE, President of the Pen Trade Heritage Association, said, ‘ I am delighted to learn that the Pen Museum has gained a grant from the Heritage lottery Fund to help secure its future. The Museum is a superb and interactive centre at the heart of Birmingham’s historic Jewellery Quarter’.

Paul Sabapathy, Lord Lieutenant West Midlands, said, “Despite being an adopted Brummie of nearly 50 years standing, I only recently discovered the wonderful treasure that is the Pen Museum.”

“This fantastic museum helps celebrate Birmingham’s rich industrial heritage and is run by a dedicated band of volunteers and I am therefore delighted to hear that the Museum have been awarded this grant to help secure their future.”

The Pen Museum showcases a fascinating aspect of Birmingham’s industrial history and it is important to support this small organisation to continue telling the story that otherwise could be overlooked.”