In recent years – and in tandem with climate change – the issue of air quality has moved to the very top of the political agenda – internationally, nationally and locally. Legally binding, time bound targets, coupled with compelling moral arguments have accelerated the move towards urgent actions being taken.

In a general sense, this is no bad thing. After all, who would argue against striving for a healthier environment and better air quality for all?

However, the scale and pace of change necessary to achieve the desired improvements create challenges for policymakers, businesses and citizens alike. The biggest challenge of all is, perhaps, the transition from ‘how things have been done in the past’, to ‘how things need to be done in the future’. That challenge manifests itself in terms of behavioural change and, inevitably, cost.

No-where is this truer than in Birmingham, right now. While the Clean Air Zone (CAZ) became fully operational from June this year, more far-reaching changes to the City’s transport infrastructure were announced in January 2020. The draft Transport Strategy 2031 sets out a fundamental re-think of vehicle use in the city, including the restriction of through travel for private vehicles.

The Federation of Small Businesses (FSB) represents the interests of sole trader, micro and SME businesses. The vehicles they use and rely upon play a vital role in their day-to-day activities – whether it’s transporting people or goods and services. Plus, small businesses make up more than 99 per cent of all the enterprises in the UK, so it’s vital that they are encouraged and enabled to play their part in improving air quality.

The CAZ and the Transport Strategy represent significant changes, which will impact everyone who is based in, or travels in/through the city. For the city to continue to thrive as a location in which to live, work, visit and invest, the path to reaching air quality targets must be affordable, achievable and fair. Furthermore, if vehicle use is to be restricted or made more costly, there must be effective, efficient alternative modes of transport available, otherwise local businesses, jobs and trade will be disadvantaged compared to those in other locations.

A good example of how far and how fast things would need to change is the ‘night-time economy’ – the venues that are open late into the night and which need to be accessible to staff, suppliers and customers for extended hours. At the moment, public transport tends not to offer a viable means of getting to and from these establishments, because services terminate or are significantly reduced during evening/night-time hours.
In addition, rightly or wrongly, some people are nervous about using public transport at night, having concerns about their personal safety. Perception is, as they say, everything. To restrict personal vehicle, use significantly, without upgrading public transport services and safety significantly, would threaten the viability of many city centre venues. The transition must therefore be managed sensibly and sensitively to avoid unintended consequences such as business closures and the displacement of trade, jobs and investment to outlying areas.

It’s also important for people to understand why changes are necessary and what benefits are delivered as a result. The FSB is pleased that, in relation to the CAZ, Birmingham City Council agrees that transparency is key. The amount of money raised through CAZ charges will be publicised, along with details of how it is spent on public transport improvements. Perhaps most important of all, there will be regular monitoring of air quality and publication of data to provide evidence as to whether the Zone is delivering improvements as intended. 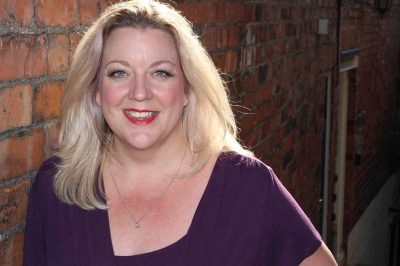 These commitments are welcome, and I hope that they will be built upon, for example with further improvements to signage and public information. This would help everyone, especially those less familiar with the area, to make informed decisions about their travel plans and avoid ‘accidental’ entry into the Zone. Clear communications have a really important role to play in reassuring all those affected by the CAZ that it is an effective and necessary response to the City’s air quality challenge.

The same rigour needs to underpin the roll out of the transport strategy, with practical, affordable and attractive alternatives made available – and communicated to – those who currently rely upon personal transport to get around the city for work, leisure and social purposes.

At the end of the day, neither government, businesses nor individuals alone can deliver on environmental issues. It requires a properly joined up effort, with all those affected by, or able to affect the environment, working together constructively. To do that, requires openness and honesty so that everyone and every organisation understands the challenges, opportunities and contribution they can make in delivering a decarbonised society.
Meanwhile, the FSB remains keen to hear from small businesses who are affected by these current and proposed changes.

‘Grassroots’ feedback is useful as the basis for case studies and evidence, which can help to inform the debate, influence policy development and ensure that the voice of small businesses is heard at the heart of local and national government.