Home » Entertainment » Behind the Glass 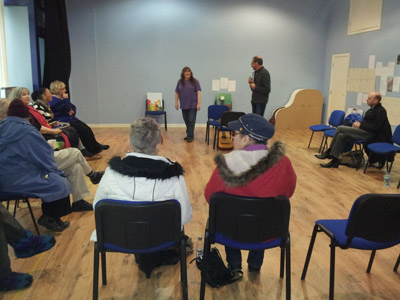 The latest project from Blue Orange Arts entitled ‘Behind the Glass’ seeks to explore issues around the dangers of alcohol abuse, through a series of drama and film workshops which will culminate in the creation and showcase of an original 10 minute film.

The project will work with a group of adults from Birmingham in providing them with the opportunity to work with a professional playwright and film maker.

The participants will create a short film that reflects the issues, experiences and perspectives discussed throughout the workshops. They will also take part in taster sessions exploring the basics of film production such as storyboarding, editing and sound creation.

Behind the Glass will run from Tuesday 14th October into early December 2014. It has been funded by Birmingham City Council under their Culture on Your Doorstep programme which aims to provide more artistic opportunities for adults in Birmingham.

Blue Orange Arts are now recruiting participants who would like to be involved in the project. Places are open and free to all, including those who have an interest in the subject, have personal or indirect experiences with the dangers of alcohol abuse and those who would like to learn about the basics of film creation.