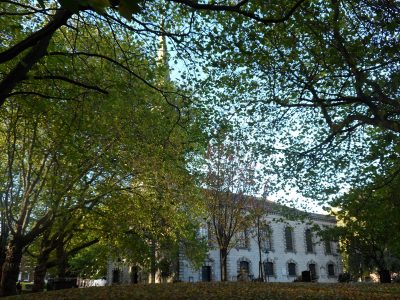 Talks to establish Birmingham as the first officially designated ‘Tree City” of the UK have been held between the city council and an international foundation on Friday (July 12).

Council officers and Cabinet Members Cllr John O’Shea and Cllr Waseem Zaffar are due to meet a delegation from the US-based Arbor Day Foundation about the possibility of becoming a member of the Tree Cities of the World Network.

The bid is being formally launched during the talks, which come on the first day of Love Parks Week (July 12-21). Achievement of the status requires the city and the council to meet five core standards. If achieved, the status opens up access to a wealth of knowledge on urban tree management through the Arbor Day Foundation and the global network of Tree Cities. This would help further develop the city’s Urban Forestry programme.
Birmingham currently has over one million trees (equivalent to one per citizen). There are 1,398 hectares of woodland (equivalent to 2,097 football pitches) within Birmingham’s 591 parks and open spaces. Across the city, tree canopies cover 48.81 sq km. In addition, Birmingham’s woodlands scrub over 7 tonnes of harmful PM2.5 particulates from the air each year.

Stakeholders including Trees for Cities, Birmingham Trees for Life, and the council’s recently formed Tree Warden Group (The Birmingham Tree People) are also set to be in attendance at the upcoming meeting.

Trees play a vital role in mitigating some of the impacts of climate change as well as pollution absorption and slowing flood water. It is widely recognised that to meet the challenges of future climate trends that we need to achieve around 25–35 per cent canopy coverage from our trees. However, the many of the beneficial effects of increased canopy coverage are only felt when people are in close proximity to trees. With around 50 per cent of the population living in large cities, and with an estimated 70 per cent by 2050, retaining and increasing the canopy coverage in cities is essential.

Birmingham already has a significant number of trees in public and private ownership these are collectively called the Birmingham Forest. Whilst the city is already above the national average for tree cover – Birmingham has an average of 18.6 per cent canopy coverage, against a nationwide average of 13 per cent – this varies significantly across the city. Some wards have in excess of 30 per cent tree cover, while others are as low as five per cent. These areas of low coverage are some of the most deprived areas of the city and also have the poorest air quality.

The development of new guidance on urban tree management and a tree and woodland strategy for the city will set out how this can be achieved. As a city we need to protect our existing trees, promote the benefits of trees, and enhance our canopy coverage. Becoming a ‘Tree City’ will be one of the ways we can do this.

The application process to become a ‘Tree City’ only opened on July 1 of this year, hence the city’s ambition to be named in the first wave of locations to earn the designation.

It is hoped that if the talks go well, a final decision on ‘Tree City’ status could be made later this year.