So far there are twelve events including one play, one art exhibition, and two workshops in the Jewellery Quarter this year as part of the annual Birmingham Comedy Festival! Most events have an admission charge – see The Hockley Flyer’s events page for fuller details.

The festival is headlined by John Bishop and also features The Hairy Bikers, Seann Walsh, John Cooper Clarke, and The Midnight Beast, which includes some sixty shows across the city…

Sat 6 Oct: Frankie And Friends – An afternoon of laughter as Frankie Peoples introduces some of the best up-and-coming acts including Frankie Farrell. The Red Lion, 95 Warstone Lane. 2.30pm

With tours supporting Ross Noble, Jack Whitehall, and Tommy Tiernan under his belt, Joe’s also popped up on such TV fare as Show and Tell, 8 Out of 10 Cats. Blue Orange Theatre, 118 Great Hampton St. www.loudeemy.co.uk

Tue 9 Oct: Comedy Launch Night – Witness the birth of the JQ’s (quite possibly, soon to be) legendary comedy night. See the best up-and-coming acts from the Midlands and a top professional headliner for less than the cost of a pint! With Jonny Greatrex. Rose Villa Tavern, 172 Warstone Lane, 7.30pm

Wed 10 to Thu 11 Oct: Live Bed Show – A rare revival of comedian, broadcaster and writer Arthur Smith’s 1989 comedy play about a couple and their bed, and so much more… Blue Orange Theatre, 118 Great Hampton St, 6.45pm. 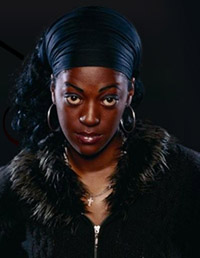 Thu 11 Oct: Ava Vidal – A cool and composed performer with an intriguing past: teenage mum, ex-prison officer now stand-up. As seen on Mock the Week, Michael McIntyre’s Comedy Roadshow, 8 Out Of 10 Cats and more. The Red Lion, 95 Warstone Lane, 7.45pm.

Fri 12 Oct: The Over the Hill Gang – Fed up of floppy haired 25 year old comedians who live with their parents? Tired of 30 year old comics telling everyone how difficult it is growing old? Well come along and see what the over 40s can do – six of the region’s oldest comedians come together for a night of comedy.

What they lack in youth they make up for in experience. Blue Orange Theatre, 118 Great Hampton St. 7:30pm.

Sat 13 Oct: Birmingham New Act of the Year Final – MC Paul Savage hosts the final of the Birmingham new comedian of the year competition. Over 50 new acts from the West Midlands will have been whittled down to top eight. Who’ll impress the judges and grab top prize? Blue Orange Theatre, 118 Great Hampton St. 7.30pm. 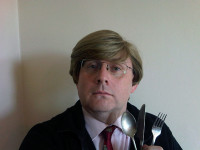 Sat 13 Oct: Improvisation Workshop for Beginners – Learn how to create spontaneous scenes, sketches and characters, and have a bundle of fun at the same time with Box of Frogs. Low pressure, high enjoyment, suitable for any level of experience.Blue Orange Theatre, 118 Great Hampton St, 10am.

Sun 14 Oct: Box of Frogs – Hi-octane comedy nonsense from audience suggestions. Unrehearsed, and improvised entirely live. No-one knows what will happen, least of all The Frogs! Expect to laugh, expect to be amazed, but most of all expect the unexpected. Blue Orange Theatre, 118 Great Hampton St, 7pm.

Sun 14 Oct: Stand-up Workshop – Ever wondered whether you had what it takes to get up on stage and make people laugh? From turning ideas into material, to performance skills, to building the self-confidence to stand in front of an audience, this one-day workshop is interesting, challenging, and fun. No previous experience necessary. Blue Orange Theatre, 118 Great Hampton St, 10am.