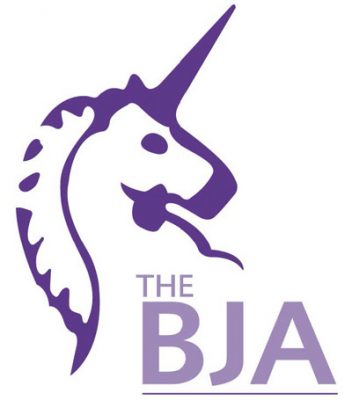 The British Jewellers’ Association has combined forces with The Fairtrade Foundation, Hockley Mint and Clark Diamonds to further boost the Foundation’s, already highly successful ‘I Do’ campaign with a competition especially for designers wishing to work’ or already working’ in Fairtrade Gold.

The competition is asking UK designers to create a matching wedding and engagement ring set featuring a 50pt round brilliant-cut lab certified, ethically-sourced diamond and up ½ a carat of small stones, all of which abide by the Kimberley Process regulations. The small stones can be split and used in any way the designer sees fit.

The winning design will go on exhibition on the BJA stand at International Jewellery London, which is celebrating its Diamond Jubilee Edition after 60 years in business. The winner will enjoy considerable prominence at IJL and in the trade press in the run up to the show.

There will also be an official presentation to them during the Fair of a Winner’s Certificate. Following IJL the ring will be used by The Fairtrade Foundation to help promote its ‘I Do Campaign ‘ and excellent work with the mining communities it works so hard to support.

The competition has been launched this week at The British Craft Trade Fair and entries will close on 1st June, 2015. The final piece will be fully-finished ready for pre-IJL publicity by 24th July, 2015.

“This is such a great opportunity for designers to get behind the ‘I do’ campaign and embrace Fairtrade Gold, possible for the first time, via Hockley Mint. The diamonds kindly donated by Clark Diamonds will light up these very special rings. I look forward to the winning rings being shown on our stand at IJL in September and promoted via the Fairtrade ‘I do ‘campaign,” stated Lindsey Straughton BJA Marketing Manager.

Gary Wroe, MD Hockley Mint added “I am a great believer in supporting the mining communities and have offered Fairtrade gold as a casting option for a few years. I look forward to seeing the entries and working with the winner to bring to fruition their designs for this special ring competition.”

‘Fairtrade Gold gives jewellers reassurance that their gold has been responsibly mined.  It is easy to purchase through manufacturers like Hockley Mint and provides a great story with which to engage consumers. We are delighted to be working with the BJA to raise awareness of Fairtrade gold through this exciting competition and look forward to seeing the winning design on display at IJL later in the year.’ stated Victoria Waugh, Fairtrade Foundation.

“We are very proud to be supporting both the Fairtrade Foundation and British design talent” Mike Barrows, Clark Diamonds.
To enter please download the form www.bja.org.uk/Idocompetition
About Fairtrade
Fairtrade is a global movement with a strong and active presence in the UK, represented by the Fairtrade Foundation. Fairtrade is a movement for change that works directly with businesses, consumers and campaigners to make trade deliver for farmers, miners and workers. The international Fairtrade system represents the world’s largest and most recognised fair trade system.

To find out more about Fairtrade gold and silver or to register to buy certified metal visit www.fairgold.org. To learn more about the Foundation’s ‘I do’ campaign visit www.fairtrade.org.uk/ido