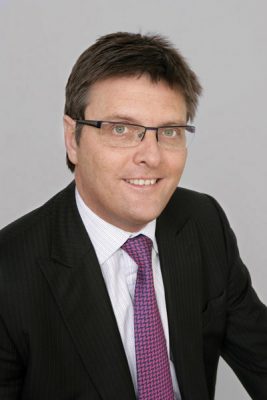 The 2009 Annual General Meeting of the BJGF Federation, to be held at the Welcombe Hotel, Stratford-Upon-Avon on 4 June will have a decidedly topical slant this year whilst also giving attendees the chance to go back in history.

Ask the Banker
The topicality is provided by the presence of the guest speaker Darryl Eales. Eales who is Chief Executive of LDC, the direct private equity investment business of the Lloyds Banking Group, has agreed to participate in a comprehensive question and answer session following the formal business of the AGM.

LDC – over 28 years – has an enviable track record of success and remained strongly profitable during 2008 despite it being the worst year for private equity in a generation.

Over the past five years it has recorded aggregate profits in excess of £450 million. The business, which has also recently begun operating in the Far East, employs some 100 people and has a strong regional network. It also promises a clear investment philosophy ‘focusing on backing outstanding management teams and ambitious businesses’.

“The financial climate is affecting everyone and I’m sure that there can’t be a business in the country that wouldn’t welcome the chance to ask a top investor a few searching questions,” says the Federation’s President, David Doyle. “Darryl undoubtedly has his finger on the pulse of the financial markets and I’m sure he will be able to provide some real insights and opinions into private equity, banking more generally and the credit crunch.”

Nor is it just those who attend the AGM who will be able to pose their questions to Eales. All 2,500 members of the Federation, which comprises five trade associations within the jewellery, surface engineering, giftware, travel-goods and accessories industries, will be offered the opportunity to present a question in writing prior to the event. The most interesting and pertinent questions will be addressed at the meeting.

Following the event, a list of the questions asked and the answers given will be made available on the Federation’s website www.bjgf.org.uk where it will be accessible to everyone in the industry. 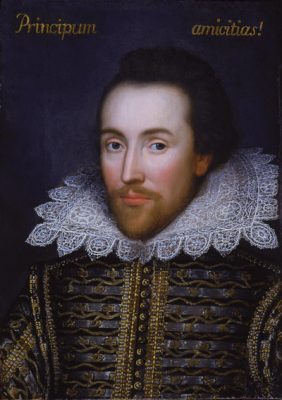 Meet the Bard
The historical aspect of the day involves no less a person than Stratford-upon-Avon’s most famous son, William Shakespeare. As an added bonus for those who attend the AGM, there will be chance to view the recently discovered painting of the playwright as a young man which will be on view at Shakespeare’s birthplace in the town, just a five minute drive from the Welcombe Hotel.

The picture, which shows a far more handsome and younger man than any other authenticated portrait, has come from the private collection of an aristocratic Anglo-Irish family, the Cobbes who inherited it some 300 years ago through a family relationship with Shakespeare’s only known literary patron, Henry Wriothesley, the 3rd Earl of Southampton.

The Business of the meeting
The officers of the BJGF Federation change every year and this AGM will see David Metcalfe, retired chairman of the exhibition company Trade Promotion Services, take over from David Doyle in the role of President with Steven Jones of the luggage company, Mayfair Trunk Company becoming Vice President. Doyle, will replace Linda Evans as Deputy President, while Evans retires from the Board.

Name Change
Another key point on the agenda at the AGM is a special resolution to change the name of the BJGF Federation. This is a strategic move to open doors for more Trade Associations to join the Federation. The suggested new name is ‘British Federation of Trade Associations’ (BFTA) which will be made official once it has been approved by the membership. “We hope as many members as possible will join us for what promises to be an extremely interesting and informative day and one which should engender some lively debate,” says David Doyle.