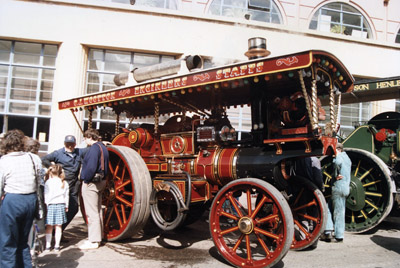 During the late 1980’s and early 1990’s in May every year a ‘Steam Festival’ was held in St Paul’s Square which was a ‘must’ for every steam enthusiast from all over the world.

The rally assembled outside the Museum of Science and Industry and the Birmingham Assay Office in Newhall Street and the steam driven vehicles paraded around St. Paul’s Square several times during the day.

(However, use of the steam whistle had to be stopped as it set off car and building alarms within quite a wide radius and made children cry!

A Model Railway Exhibition was also held inside the church, organised by Canon Denis Claringbull, vicar of St Paul’s Church at the time.

One year, without warning, Birmingham City Council cancelled the Steam Fair and even the Museum of Science & Industry has also ‘gone’ forever, including the original Elkington’s factory. Unfortunately, after attempts to preserve this historical site, no sign whatever remains. 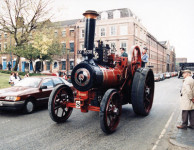 It was a sad day indeed when the ‘City of Birmingham’ locomotive was put on a low loader and carried away from its natural home in The Jewellery Quarter.

Somewhere the Birmingham Museum of Science & Industry’s traction engine ‘Busy Bee’ still exists and it would be wonderful to see this back on display somewhere in the Quarter.

Also the horse trough which was at the bottom of Carver Street for the dray horses from the local brewery, etc., used to drink from before climbing the hill, and is somewhere under wraps and it would be good to see this appear again as a feature! 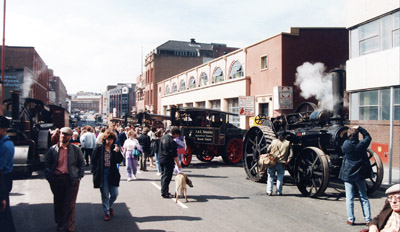