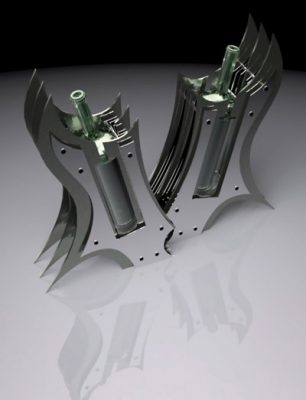 This special relationship came about in 1948 when TPS (a division of the Federation) was formed as a private limited company to organise the Blackpool Gift Fair.

This Fair had expanded so much that TPS went on to be the first company to hire the entire NEC to house the first International Spring Fair, which is still held today and is one of the largest trade shows in Europe.

The Federation sold TPS to Emap in 1987 and companies continued working together to support the Jewellery and Giftware industry sectors ever since.

To this end, the BJGF held a competition, open to all UK designers, silversmiths and manufacturers, to win a £6000 commission to design a pair of wine coolers. One to be housed with the Federation’s historical silver collection at their headquarters in the Jewellery Quarter and the other to be presented to EmapTPS for use in their Boardroom.

The criteria for entry were as follows: The pieces were to be made and hallmarked in Britain: Only new, unique and contemporary designs would be accepted: The coolers were to be predominantly 925 silver but to commemorate the changes to the Hallmarking Act allowing the use of mixed metals, at least one further metal must have been incorporated: Techniques such as etching, engraving and enamelling could also be utilised and the coolers must be fully functional.

Entries were submitted in scale drawings and were of a very high standard. The task of judging the competition fell to Lisa Chambers of Lisa Chambers Jewellers, BJA Chairman Martyn Pugh and Krys Zalewska, CEO, BJGF Federation. 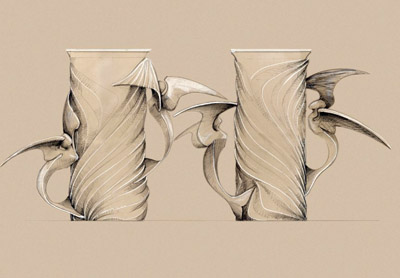 After a long deliberation the entries were whittled down to two. All judges commented that the decision between these two contenders for the commission was extremely difficult as the designs were so different.

The pieces were scrutinised in detail, ensuring the brief had been adhered to keeping in mind where the pieces would be situated and how well they would function.

The winner of the BJGF silverware commission was Wally Gilbert, 61. Judge Martyn Pugh stated that Wally’s design was classically themed, reinterpreted in a modern idiom. He added that Wally’s winning piece will make an impressive addition to the Federation’s collection.

This is the first occasion in five years that the BJGF Board of Directors decided to commission a new piece of silverware and Wally’s pieces are not only functional but as part of the Federation’s historical collection they commemorate a moment in time.”

The wine coolers will be delivered to the Federation in May. An official presentation will take place at Summer Fair 2008 (22-25 June) on 23rd June where Wally Gilbert, EmapTPS and the BJGF will be present.