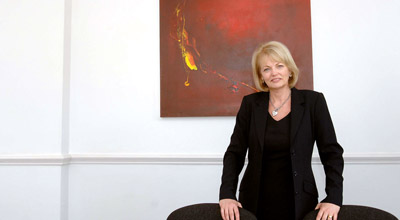 Anne Corstorphine, Managing Director of City Spirit St Paul’s and Board member of The Business Centre Association (BCA) joined fellow members to host a reception at The House of Common’s last week.

The BCA are trying to encourage cross-party MPs to retain the £15,000 Rateable Value (RV) threshold on Empty Property Rates. Board members were able to inform MPs that a change to the £15,000 RV in the Chancellor’s pre-budget report would threaten the survival of many small businesses.

The reception is the second year in which the BCA has actively lobbied against the legislation and last year the BCA was successful in persuading the government to increase the threshold for one year from £2,200 RV to £15,000 RV.

Anne Corstorphine comments: “The BCA has lobbied against the change to the empty property rates legislation since its introduction in 2008, arguing that it is a tax on hardship and has had a negative impact on regeneration, stopping many speculative developments, including those in regeneration and rural areas.

The current threshold on empty property rates must be retained in the next pre-budget report, if not on a permanent basis if we are to develop space for new business to grow. It’s these businesses which will have positive impact on the wider economy but cannot get a foothold without the flexible space providers.”

Speaking at the event, Mr Phil Wilson MP commented: “The flexible space sector supports the growth of small and medium sized enterprises in this country, as well as maintaining the development and diversification of local economies.

I worked closely with the BCA last year to ensure that the rateable value was maintained and although this was seen by many as a temporary measure, I will be pressing that the £15,000 RV be written into the statute books or at the least maintained for another year. I will be speaking with Treasury Ministers to highlight that the current rateable value of £15,000 RV must be retained and written into the Chancellor’s pre-budget report.”

The CBI has also supported the BCA reception, with Matthew Farrow, Head of Energy, Transport and Planning at the CBI stating before the reception: “The deepest recession for many years has been the worst time to drastically scale back empty property rate relief. The Government should consider restoring the full relief but at the very least it must maintain the threshold allowing properties under £15,000 to obtain relief.”