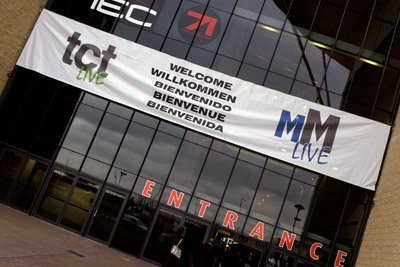 The organiser of TCT Live and MM Live 2009, Rapid News Communications Group, is delighted to announce that not only has it been another successful year for the two co-located shows but visitor numbers have once again increased.

The two-day events, held at the Ricoh Arena, Coventry, attracted more than 3,500 attendees through the doors, up by around 10% against 2008.

Visitors attended from as far afield as South Korea, Israel, USA and China, as well as from all major countries across Europe, underlining the events as truly international gatherings for the two sectors.

The 2009 edition of the TCT Live show was the biggest in the history of the show, with 4,000 square metres of exhibition space, industry focused seminar theatres and the world renowned Additive Manufacturing Conference, which attracts some the leading authorities in the manufacturing industry.

The MM Live exhibition is in its second year and once again provided this growing industry with a much-needed platform to share its products and knowledge with micro manufacturers. At over 2000 sq. metres, the show was also an increase in floor space from the debut edition last year. 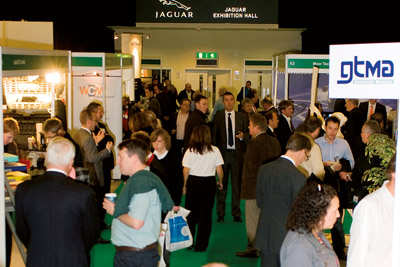 First time TCT exhibitor, Tim Rapley from Physical Digital, described his two-days at the show, “The 2009 TCT Live exhibition is the first event of its type that Physical Digital has attended independently and the whole experience was a great success for us. We were able to demonstrate our digital measurement systems, showing their speed, versatility, and accuracy, and describe how this technology can be applied to virtually every industrial sector.”

A major contributor to the success of TCT Live and MM Live is the dedication to the development of the industries by the exhibitors themselves, with the constant evolution of new and cutting-edge products. The show floor boasts three seminar theatres covering a wide range of industry-specific technologies and two auditoriums dedicated to advancing knowledge within the Additive Manufacturing and Micro Manufacturing industries. This educational focus enables the two shows to retain their position as some of the premier locations for knowledge exchange in the world.

Alan Boor from Swiss Tec MicroMachining, underlined his confidence in the MM Live show, “For the second year running, the quality and quantity of the visitors, even in the current climate, has exceeded the first year (2008) and our reduced 2009 expectations. So to make it a hat trick, we booked the same stand location for 2010 and will test the MM Live 2010 is even better.”

Duncan Wood, Group Director, concluded, “Once again we are delighted to be able to report positive growth in both attendees and exhibitors. We set the bar high this year despite the tough conditions industry has experienced and so the success really does bode well for the 2010 events, bookings are pouring in for both shows and we have once again expanded the floor plan to enable us to welcome more cutting edge technologies to the event.”