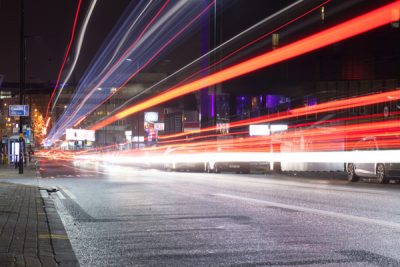 An injunction banning street cruising from the roads of Birmingham has been extended for another three years following a successful application to the courts by Birmingham City Council. The order, first secured in 2016 is now valid until 1 September 2022.

It has a power of arrest attached to it meaning a driver or passenger believed to have breached the terms can be arrested immediately and has to go before a court within 24 hours. Breach, if proved, can result in a fine or imprisonment up to a maximum of two years. This also applies to people who go to watch such events, and by doing so encourage street cruising.

During the last three years, the powers of the previous order have enabled the city council and its partners at West Midlands Police to arrest 30 people, with 16 defendants receiving suspended prison sentences – with one defendant being given an immediate custodial sentence.
Cllr John Cotton, Cabinet Member for Social Inclusion, Community Safety and Equalities at Birmingham City Council, said: “Street cruising is dangerous as well as being a nuisance for law-abiding citizens.

By working with our partners at the police on this injunction, we have shown we understand and share the continued concerns raised by many residents, about this anti-social and life-threatening behaviour.”

Although the order was secured by Birmingham City Council, officers from West Midlands Police will be responsible for its enforcement. Superintendent Ian Green, from Birmingham Police, said: “We are determined to tackle reckless driving on our roads which puts the safety of others and themselves at risk. Alongside our partners we do not tolerate illegal car gatherings due to the danger and nuisance they create. We have officers dedicated to addressing the issue who are also working with the insurance industry.

We will take every opportunity to intervene and enforce against this activity and this includes against spectators and those organising or promoting these events.”

If anyone sees any street cruising taking place, they should contact police via Live Chat at west-midlands.police.uk between 8am and midnight, call 101 anytime or 999 in an emergency

What is street cruising?
Street cruising is a congregation of the drivers of 2 or more motor vehicles (including motorcycles) between the hours of 7pm and 7am on the public highway or at any place to which with public have access within the Claimant’s local government area (in this case, the City of Birmingham).
The order covers any person, whether or not a driver or rider, who performs any of the activities set out below, causing excessive noise, danger to other road users (including pedestrians), damage or the risk of damage to private property, litter or any nuisance to another person not participating in the street cruise.

The activities referenced above are: