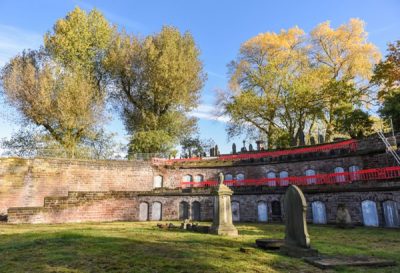 A £2.3 million restoration to Key Hill Cemetery and Warstone Lane Cemetery has started.

The plans for this restoration work were first announced in The Hockley Flyer No. 360 July 2015.

Before and during those four years a great deal of voluntary work has been carried out by the ‘Friends of Key Hill Cemetery and Warstone Lane Cemetery’ in clearing graves and pathways and helping people to find family graves etc and in acquiring funds to restore them.

This work commenced some years ago when Birmingham City Council ‘toppled over’ many headstones which failed a ‘safety test’ and many broke into small pieces, some of which have been patiently pieced together by the ‘Friends’, especially Colin Giles.

This excellent work will continue and it should be stressed that although there is an increasing number of people offering guided tours of the cemeteries, all money made from the ‘Friends’ tours is the only instance when the money raised actually pays for the restoration of the broken headstones.

Other remedial work has included the rebuilding of the Key Hill Cemetery wall by Wates Construction Co. and in 2009 the repair of the gates and piers on Icknield Street at the main entrance and clearing the pathways. 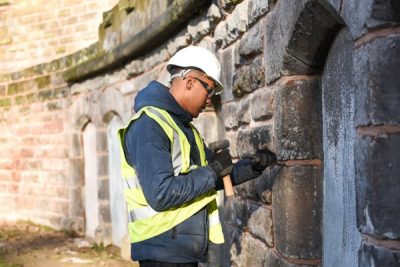 This latest work is only for the restoration of the cemeteries – not the graves, and funded through a partnership between Birmingham City Council, The National Lottery Heritage Fund and the Jewellery Quarter Development Trust, and existing voluntary organisations, will see the cemeteries, which date back to the nineteenth century, have extensive restoration work undertaken to the catacombs, major boundaries and surrounding footpaths.

Built in 1836 and 1848 respectively, the cemeteries, dubbed ‘the Westminster Abbey of the Midlands’, were originally created as part of the industrialisation and growth of the city. Now, the cemeteries are a key part of the history and heritage of the Jewellery Quarter and are a must-see for any visit to the city.

The works will see restoration take part in two phases. The first which has recently started, will be due for completion in December and the second phase of the work which will focus on the landscaping, will be completed in summer 2020.

Cllr Sharon Thompson, Cabinet Member for Homes and Neighbourhoods at Birmingham City Council said, “The Key Hill Cemetery and Warstone Lane Cemetery are a fascinating part of Birmingham’s history and I’m absolutely delighted that by working with the local community and all of our partners so that together, we’ll be able to preserve these magnificent landmarks.” 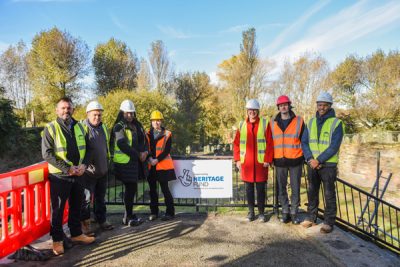 Anne Jenkins, Director, England: Midlands & East, The National Lottery Heritage Fund, said: “The Key Hill Cemetery and Warstone Lane Cemetery are incredibly significant landmarks in the historic, religious, social and political landscape of Birmingham, and we are delighted that work has begun on their restoration and conservation of these sites.”

Both Key Hill and Warstone Lane cemeteries play huge parts within the Jewellery Quarter’s history. We hope that the restoration works, and associated activity programme will encourage the public to visit and spend time at the cemeteries, learning more about the Quarter’s unique heritage.”