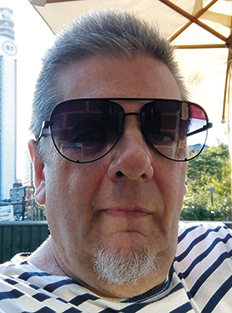 Christmas Around the Corner
Good to hear the Christmas Lights Switch On is more of a party this year with an official ‘ligthing up the JQ on the 19th of November, which also includes a firework display, food, drinks etc. The event was cancelled last year due to the Covid pandemic, so nice to see things getting increasingly back to ‘near’ normal!

Interactive News
This issue has a couple stories where you can express your views to the council, one is about anti-social behaviour which includes the Jewellery Quarter and the other rather thorny subject of cycle lanes also in the Jewellery Quarter. At least one thing is it looks as if those horrible plastic red markers are going to be replaced with proper kerbs and will be more appropriate for the JQ Conservation area.

Graham Street cycle lane rather amused me though as on my regular trips see cyclists going the ‘wrong way’ in the lane. Apparently if the painted bicycle is the ‘wrong way up’ where you are cycling then you are going in the wrong direction.

This seems a little amusing but where Graham Street changes into Newhall Street on the corner, cyclists going the wrong way find the cycle lane fades out and they are then cycling head-on into oncoming vehicles!

Heritage Parrot!
It was by chance I found this gem tagged onto the end of a story about Winifred Alice Beach printed later in this issue in the Heritage section:
Winnie who at the age of 83 back in 1990 was retiring and had seen terrific changes in the Jewellery Quarter and one amusing happening she recalls is:
“They used to have a parrot in Albion Street Fire Station and for some reason or other they needed to get rid of it. My brother took over the job of looking after it, but the parrot couldn’t forget his previous training and whenever the telephone or doorbell rang, his feathers would stand on end and he would screech ‘fire’, ‘fire’!”

Also, in one of the 1990 issues Winifred donated a nice display of Cameos somewhere in the Jewellery Quarter and Marie Haddleton tried in vain to find what happened to them. It was one of the last things Marie was working on before she passed away earlier this year, but never got to find out where they went.