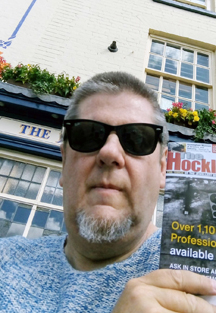 In this issue the Federation of Small Businesses (FSB) have contacted us at The Hockley Flyer over their concerns about the Clean Air Zone in Birmingham and any adverse effects on businesses within the area. In fact, the FSB is keen to hear from any small businesses who have been negatively affected by the CAZ and to voice their concerns about the current and proposed change. See the article on page 22.

With my personal visits to the Jewellery Quarter I probably notice the changes more than those in the area all the time, and obviously the streets are now usually much quieter than they used to be, I say ‘usually’ rather loosely though as apart from the red electric scooters that seem to appear from nowhere with little regard for road etiquette, it has created a nice place with straight roads and not much traffic for the Supercar brigade to come and play.

Fashions change and the thumping car sound systems of the 1990’s (one had their base turned up so loud, it made our old-fashioned monitors vibrate so much we had so stop work while the car owner visited the bank, only they took around half an hour. Probably would have been quicker but the cashiers probably couldn’t hear what they were saying either).
This has been replaced with ‘Supercars’ all sounding off their engines by pressing the loud pedal hard going through the JQ, and it’s no longer the occasional one or two an hour. On my last visit it seemed more like one every five minutes. Daytime is one thing, but talking to a few residents, it happens at night – all hours, and the sudden noise of these cars disturbs the gulls which join in with the racket.

Maybe like so many other areas speed ramps should be introduced, but not the blobs of tarmac that only slow down cars and not 4×4 SUV type vehicles that can still go over them without slowing down, but more akin to those in Europe, rather like the raised area.

The combination of Supercars ‘cruising’ and Electric Scooters in the JQ is bad enough but add in School children and the consequences could be disastrous! What are your thoughts?