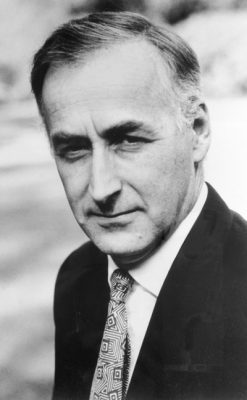 This month marks 40 years in the trade for Stephen Betts, managing director of the Stephen Betts Group. Stephen joined his father John and brother Chris at John Betts & Sons in 1968, at the age of 18.

The business was still on the original site in Charlotte Street which it had occupied since the Industrial Revolution in 1760. Very little had changed since that time, with the smelting and refining processes just the same as they always had been. Stephen describes his early working experiences as something akin to a scene from a Charles Dickens novel

John Betts, who was a firm believer in making his son learn the business properly made sure Stephen learned the business from the bottom up so that in the future he would never need to ask anyone to do a job he wasn’t prepared to do himself.

He worked in all the main areas; the warehouse (reception of goods and preparation of samples) the laboratory, the yard (film burning and smelting), the refining area, metal sales and then the office. His starting salary was £5 per week!

By 1977 Stephen was Managing Director, the business employed over 100 people, and the factory had been modernized and moved to West Bromwich.

There were branches in the UK, Belgium, Holland, and South Africa. The company recovered around 2 tons of fine silver per week as well as considerable quantities of gold. However, due to a massive long term theft of silver, the business went into receivership in September 1977. With the bank and receivers receiving all their money, plus interest, and even the unsecured creditors of the group receiving 98.7 pence in the pound, the only real losers were the family shareholders who lost everything.

With the support of his wife, Caroline (and with three sons under the age of five), Stephen established Stephen Betts & Sons in September 1979. Re-employing of a few of his former employees, several of whom are still with the Group today, Stephen set about rebuilding the business from scratch.

The first few months of Stephen Betts & Sons’ existence were extremely exciting: The Gold and Silver prices exploded, with Silver in particular rocketing to an all time high in February 1980 of £21.65 per oz (over £600 per kilo). However, even after the later collapse in the metal prices, Stephen Betts & Sons survived.

The Group has continued to grow steadily and organically in turbulent times in the jewellery trade, and since the turn of the century, Stephen has been instrumental in the Group’s diversification into the environmental waste sector with Betts Envirometal (www.envirometal.co.uk), the production of dental alloys with Charles Booth (www.charlesbooth.co.uk) and most recently into resource development with Hummingbird Resources (www.hummingbirdresources.co.uk).

With the advent of the internet, state of the art processing and production techniques and customer management systems, the business is almost unrecognisably different from when Stephen began his career in 1968, but some things never change: Stephen is still fully involved in the trade, and with two sons now in the business, the group retains the family values and commitment to service and quality that have allowed it to thrive for so long.