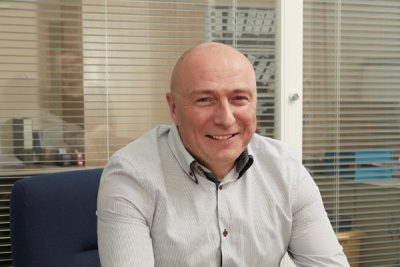 With over 30 years’ experience, Gary plays an active role in helping to advance the company in both the manufacturing and sales of the Group. His hard work was rewarded in 2006 when he became the Group Managing Director.

In 2012, Gary joined as a co-opted member the British Jewellery Association and was later elected as a member of the Training Committee which involved helping to implement new, creative strategies in mentoring, training, and apprenticeships. Two years later, Gary was made Chairman of the British Jewellery Association, and played a vital role in assisting in the merger between the BJA and NAG.
Gary said, “It is a great honour to be joining the Wardens at the Birmingham Assay office. I look forward to working with Doug and the other Wardens to drive the company from strength to strength.”

“Gary brings with him a wealth of trade experience and commercial knowledge that will undoubtedly go towards helping the growth of Birmingham Assay Office.” Doug Henry, CEO and Assay Master commented.

He added, “I would also like to express our sincere thanks to David Doyle for his contributions to the business over the last several years as a Warden. Following the retirement of chairman Kate Hartigan last year, and more recently Martyn Pugh, David was the longest-serving Warden. He has been very influential in decisions taken by the Wardens committee over the last decade, and he will be missed.”