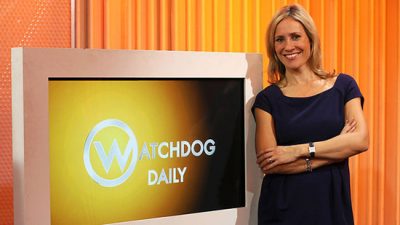 Television cameras where whirring at The Birmingham Assay Office recently when the ‘Watchdog Daily’ team arrived with local presenter Shefali Oza and a team of Birmingham Trading Standards Officers. ‘Watchdog Daily’ were documenting the progress of TSO Gary Singh and his colleagues as they seized 90 items with a retail value of over £25,000 which were either un-hallmarked or suspected of bearing fake trade-marks.

The cameras followed the exercise throughout, including inspection of the goods at The Birmingham Assay Office where only four items were discovered to have hallmarks and 14 items transpired to be significantly less than 22carat.

The two traders involved will now face legal action. The programme is due to be broadcast at 11.00am on Friday 16th November.

Hallmarking is clearly a hot topic as just a few days later 20 Trading Standards delegates arrived from near and far for a bespoke training course. Trading Standards Officers came from Councils as far flung as Plymouth, Oldham, Surrey and Ceredigion as well as the Midland counties of Leicestershire, Sandwell, Worcestershire, Herefordshire, and Warwickshire.

The course included the history of Hallmarking and current legislation, a hands on session to identify Hallmarks on new and second hand jewellery and the opportunity to visit the Hallmarking floor at the Birmingham Assay Office. TSO’s even had a go at striking a hallmark – which proved much more difficult than it looks. The delegates all really enjoyed the experience and the added bonus of six hours of formal Trading Standards CPD (Continuing Professional Development) credits.

Delegates also had a comprehensive introduction to the all important new national Gold Standard for buying scrap gold and silver (http://www.bja.org.uk/en/the-gold-standard/code-of-practice.cfm)

This Code of Practice, launched earlier this year, was developed through cooperation between Trading Standards, the police, and key jewellery industry trade associations. It aims to protect consumers selling scrap gold from being exploited and to alert traders buying scrap gold to the dangers of falling prey to money laundering activities.

The Gold Standard covers all aspects of best practice from gaining proof of identity to weighing goods in view of the customers using Class II weighing instruments. The initiative has the support of the ACPO Burglary Working Group, the Home Office, the Trading Standards Institute, and the National Measurement Office. The Birmingham Assay Office is keen to encourage its implementation in order to protect both the trade and the consumer. 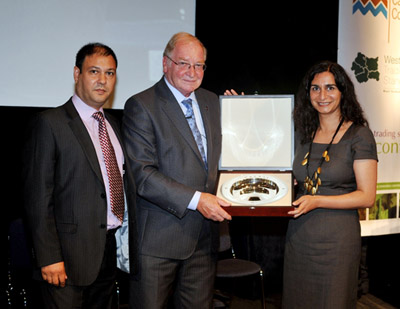 Marion Wilson, Sales & Marketing Director for The Birmingham Assay Office says “The arrival of the Watchdog team and this very successful training course have come at a pertinent moment.

Thursday 22nd November sees the inaugural Touchstone Award lunch, hosted at Goldsmiths Hall, to celebrate the first winners of the British Hallmarking Council’s Touchstone Award. This new event rewards the best initiative for the education or enforcement of hallmarking and is intended to raise the profile of Hallmarking within Trading Standards.

The successful winners for 2012 are the team from Birmingham featured on Watchdog. It is to be hoped that the additional training they receive at Goldsmiths Hall, plus the publicity generated by Watchdog, will motivate them and their colleagues in other local authorities, to deliver even better enforcement of hallmarking in future, in order to protect the consumer and the trade. We look forward to doing much more work with them.”