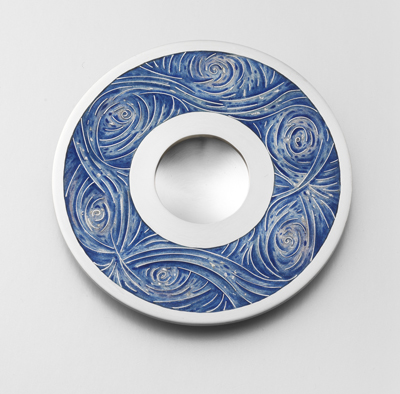 “Anything with enamel has a type of magic or mystery about it. The lustre and quality of colour is just not possible with any other medium” – Fred Rich British enameller

The Goldsmiths’ Company is sponsoring a major exhibition showcasing the work of Britain’s leading enamellers. Entitled Heart of the Heat this stunning and fascinating exhibition is on view at the School of Jewellery in Birmingham from Monday 11 November to Friday 13 December 2013.

A joint initiative between the British Society of Enamellers and the Guild of Enamellers, the first in a 30 year history, the exhibition features prominent, influential, and innovative contemporary enamellers from both associations. 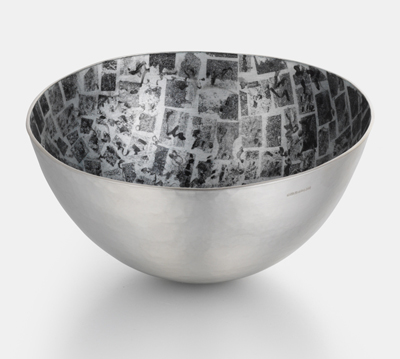 The ancient art of enamelling is one of the most exacting and challenging crafts associated with the work of the goldsmith.

It is essentially a form of applying decoration by means of powdered coloured glass which is then fused onto a metal surface by firing at a very high temperature. Every step of this process requires great artistry, patience and above all skill.

The use of enamel dates back to the ancient Egyptians who applied it to pottery, stone objects, and sometimes jewellery.

Enamel was also widely used by other early civilisations across Europe and in China. Once the powdered glass has been melted and fused the surface of the enamel becomes hard, smooth and durable, hence many enamelled objects and works of art from previous ages have survived providing vital documentary evidence of this ancient technique.

There are various forms of enamelling techniques the most widely practised being Basse-Taille, Champlevé, Cloisonné and Plique à Jour and the skills have been passed down, largely unchanged, through the centuries. 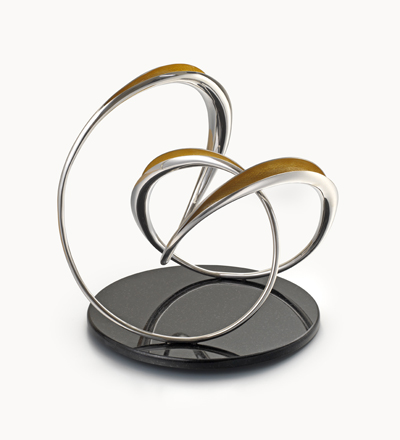 Sculptural centre piece in enamel and silver by Jenny Edge

Today’s enamellers continue to push the boundaries and the pieces in the exhibition including jewellery, vessels, boxes, other decorative objects, display all the traditional enamelling techniques as well as demonstrating other current practises such as copper and steel work with fold-forming, sifting, high-fired, sgraffito, wet-laying, kiln-firing and torch-firing.

In addition five of the country’s leading commercial enamelling companies based in the Jewellery Quarter of Birmingham are also represented with examples of regalia and commercial work.

The pieces chosen for the exhibition were selected by a panel of members from both Societies, chaired by Bridie Lander Course Director Extended Diploma, School of Jewellery, Birmingham Institute of Art & Design (BIAD).

60 enamellers will be featured showing between one and five pieces. An illustrated colour catalogue is on sale during the exhibition at a cost of £5.

The catalogue is dedicated in memory of the enameller Rachel Gogerly, whose work is included in the exhibition and who died earlier this year.